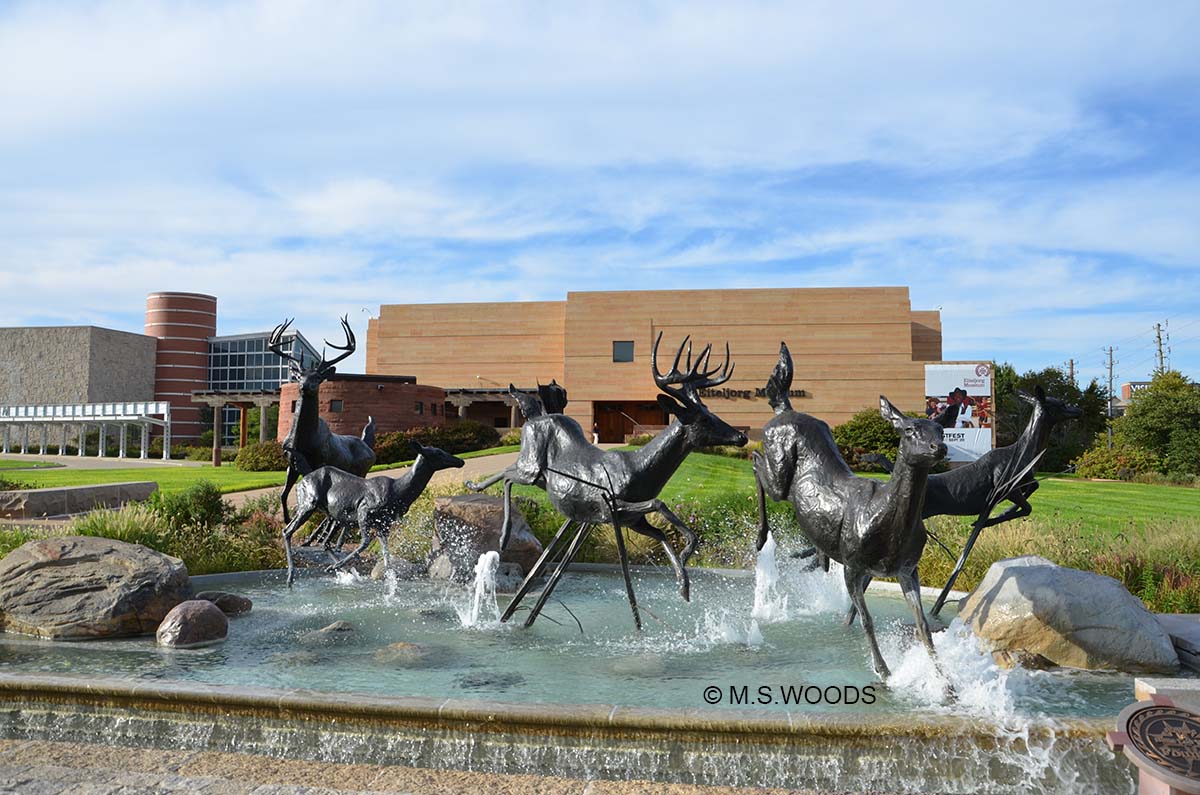 The facility opened in 1989 as a location to house the ever growing collection of Native American and Western artifacts being collected by Indianapolis businessman and philanthropist Harrison Eiteljorg. Eiteljorg had traveled to the west post World War II, and immediately found himself enamored with the landscape, art and culture of the people of the American West. In addition, a rather large portion of the current collection was acquired due to a merger with the Museum of Indian Heritage, which had been previously located in Eagle Creek Park in Indianapolis. 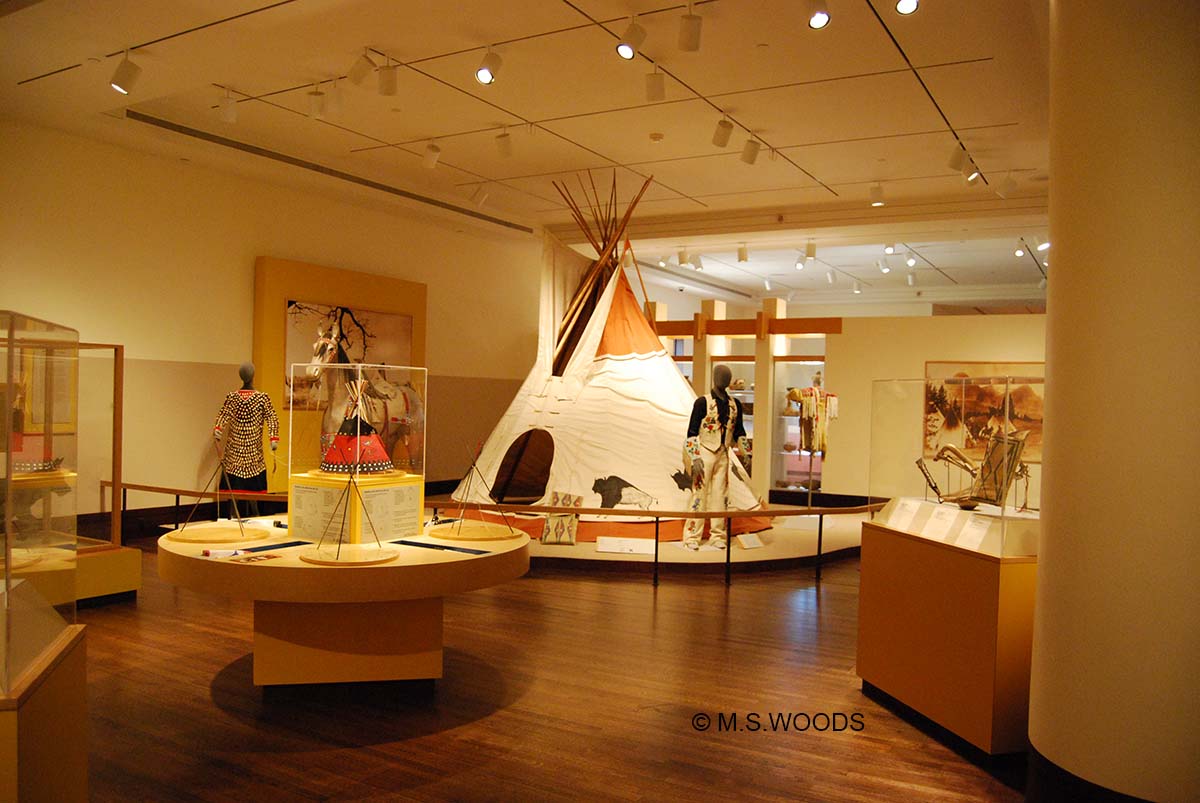 The Eiteljorg Museum‘s permanent collection is housed in three main galleries in the museum facility. The holdings of the museum include approximately 400 paintings and bronzes and over 2,000 artifacts. The American Western Gallery features paintings by 19th and 20th century artists such as Alfred Jacob Miller, Frederic Remington, Charles Russell, and Georgia O’Keeffe. The Native American Gallery houses some of the museum’s most impressive offerings in the permanent collection of Indian objects known as the “Spirited Hands” exhibition. The Southwestern Gallery showcases paintings by members of the original Taos Society of Artists, and includes works by Victor Higgins, E. Martin Hennings, and Ernest Blumenschein. 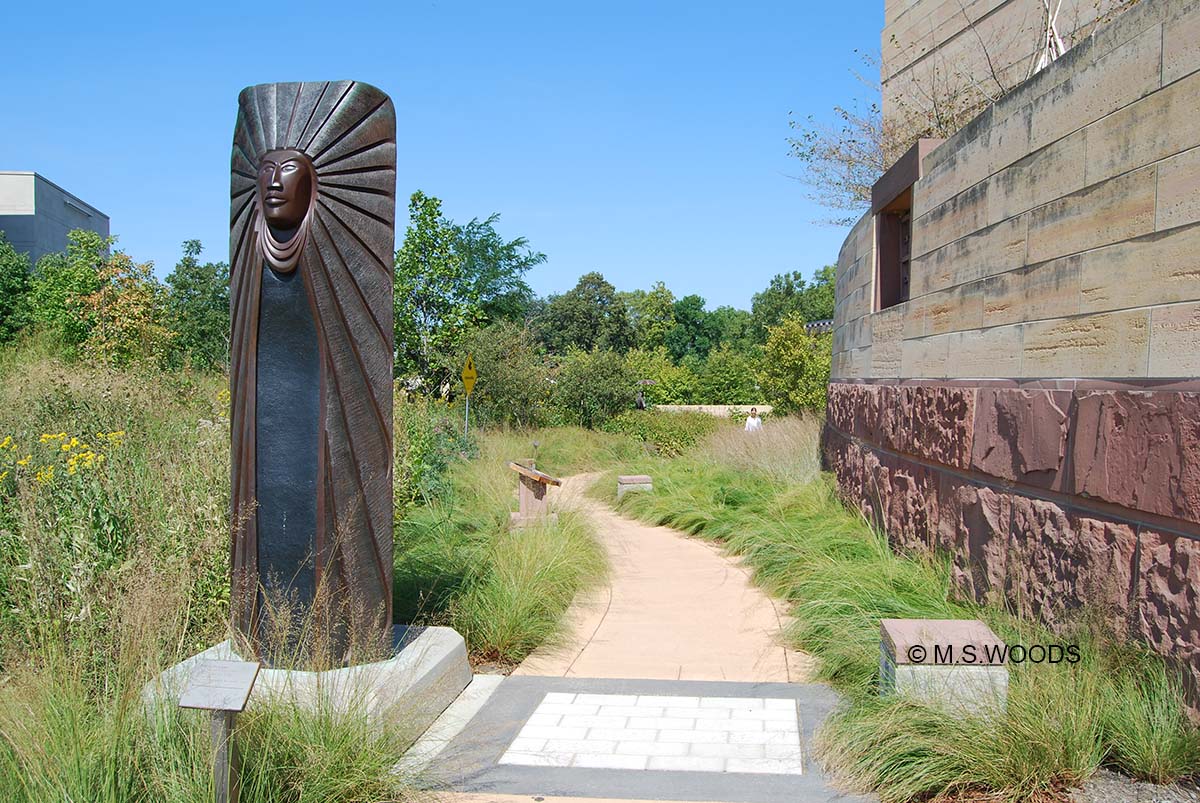 The preservation and interpretation of the history of the American West is a primary goal of the Eiteljorg Museum. This objective is carried out through a variety of exhibitions, displays, and educational programs, including an interactive stagecoach exhibit. Traveling exhibitions are a regular addition to the museum’s permanent offerings, enhance the understanding of particular artistic themes, and often display unique and extraordinary works of art.

In order for visitors to fully understand and appreciate the work and artifacts offered by the museum, tours, lectures, demonstrations, and classes are regularly held for the education and enjoyment of the public. The Eiteljorg Museum has also teamed up with the Indianapolis Marion County Public Library to offer a resource center including books, DVDs, and videos that will enhance the understanding of the Native American and American Western cultures. 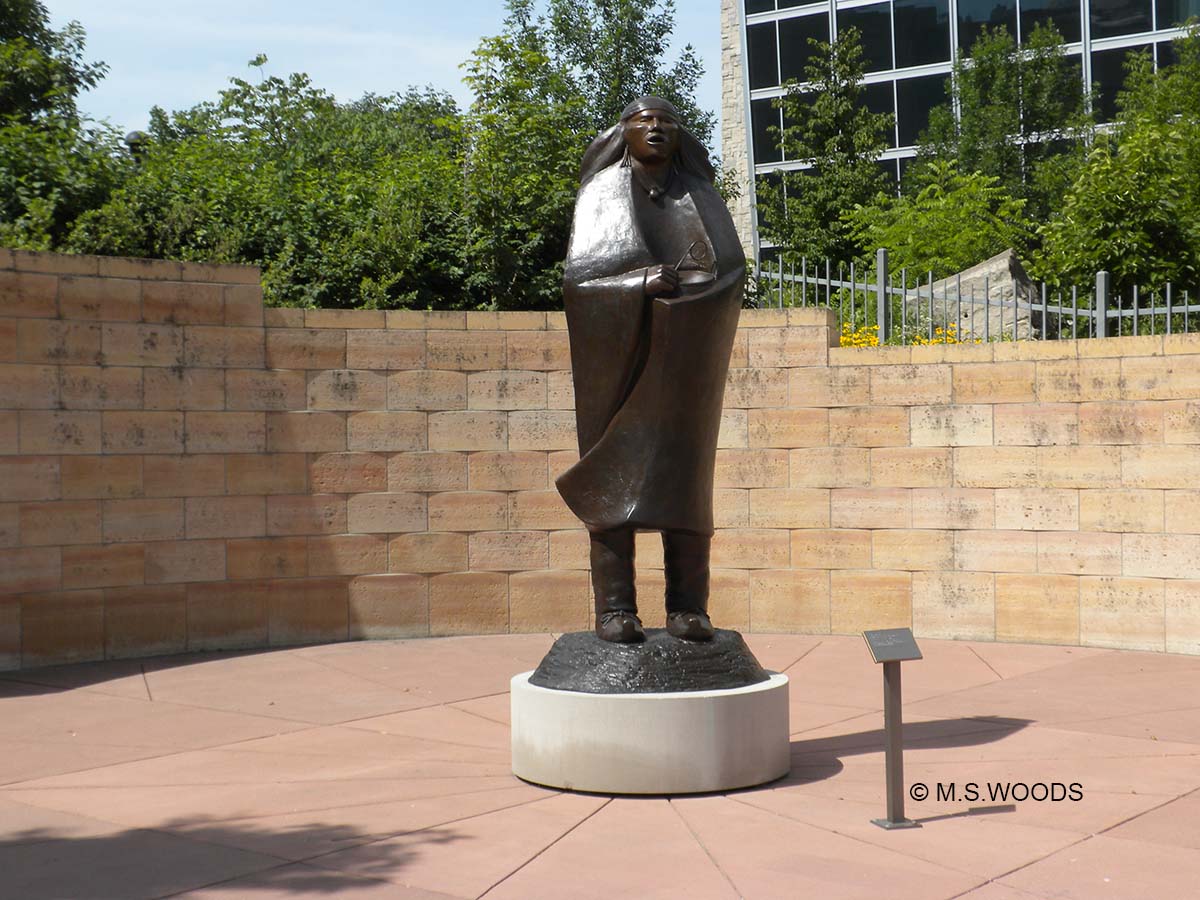 Indian Statue at the Etlejorg Museum

The Mihtohseenionki gallery, meaning The People’s Place, is a must see for all museum visitors as it features a history of the various indigenous people of Indiana. The lives of the Delaware, Miami and Potawatomi Indians can be seen through various fully preserved rare objects, interactive displays, historic photos, and audiovisual presentations.

The museum building itself is meant to be a representation of the American West, and should be taken in as an experience within itself with its adobe pueblo architecture. The museum is set in a circular base as to represent a kiva, the sacred space used in Pueblo Indian communities. Traditional design is masterfully blended with contemporary styling in order to bring the full Native American experience to all visitors in a modern and beautiful facility.

June 2005 would bring the opening of several additions to the museum, including three new galleries, the Sky Café, which features a full selection of Western food selections, outdoor gardens, event space, and a state of the art education center. Two of the new galleries are solely dedicated to the museum’s contemporary art collection and include works by Andy Warhol, T.C. Cannon, Key Walkingstick, and other renowned artists.

Visitors can find the museum at 500 West Washington Street, just west of downtown Indianapolis. The Eiteljorg Museum can be reached at (317) 636-WEST (9378). Regular operating hours for the museum are Monday through Saturday, 10 am to 5 pm, and noon to 5 pm on Sundays. The admission price is a very reasonable: $8 for adults, $7 for senior citizens, $5 for students (with valid ID), and children under 4 years of age are admitted free. Public tours of the museum begin at 1 pm daily. Parking is free to museum visitors in White River State Park’s underground parking garage.

Indianapolis art and Indianapolis culture come together in a synergistic relationship at this unique museum. For that reason, it has become a real favorite among the multitude of irresistible Indianapolis attractions.