Indiana is the basketball capital of the world, and at the heart of it all is Indianapolis. The city is home to the Indiana Pacers, an NBA team whose rich history began in the American Basketball Association in 1967.  The Pacers are part of the Central Division in the Eastern Conference of the NBA, and play ball at the Gainbridge Fieldhouse (Banker’s Life Fieldhouse), located on Pennsylvania Street in downtown Indianapolis. 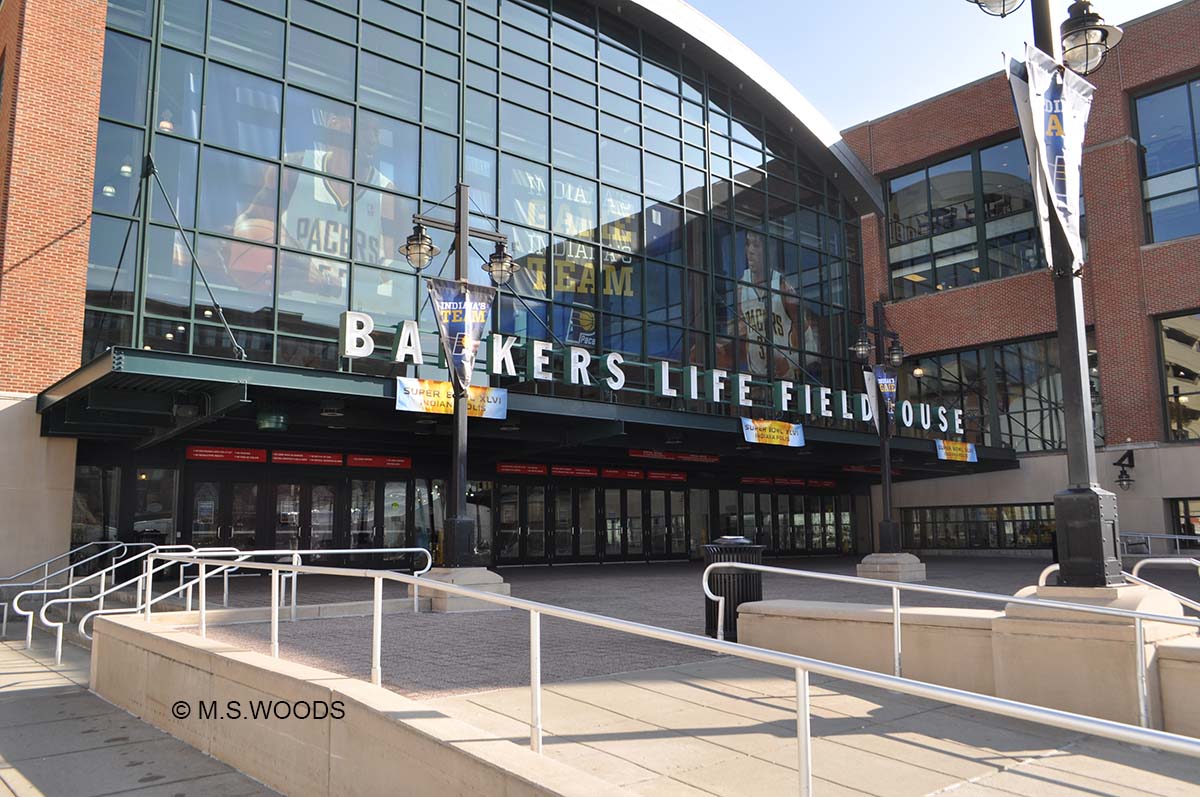 The Pacers’ name was inspired by the state’s history with harness racing pacers and the Indianapolis 500 Mile Race (Indy 500). The original owners agreed that a link to Indianapolis racing would bring added attention to the team. While the team would be headquartered in Indianapolis, the original plan called for them to play their home games throughout the state. As such they were called the “Indiana Pacers” and not the “Indianapolis Pacers”.

In 1974 the Indiana Pacers outgrew their original home at the Indiana State Fairgrounds, and upgraded to the Market Square Arena, where they played as part of the NBA for the next 25 years, But in 1999 it was time for yet another upgrade. The new facility, Bankers Life Fieldhouse (then known as Conseco Fieldhouse), has served as their home ever since then. In fact, the architectural styling of the recently constructed Lucas Oil Stadium, where the Indianapolis Colts play, was modeled after historic Indiana fieldhouses, including Banker’s Life, the Pepsi Coliseum and Hinkle Fieldhouse. The Pacers share their court with another Indianapolis basketball pro-team, the WNBA’s Indiana Fever.

Mascotts Boomer and Bowser, a cat and a dog dressed in Indiana Pacers uniform, perform stunts and tricks at each home game. The popular and enthusiastic cheerleaders for the Indiana Pacers are called the Pacemates. They perform at half-time shows at games and other Indianapolis events.

Many basketball legends have sported Indiana Pacers blue and gold, but only five of them have sacred retired jersey numbers. Indiana Pacer player Roger Brown was a talented forward who played from 1967 to 1974, the number 35 was retired in his honor. Mel Daniels wore the number 34, and he played as a center from 1968 to 1974. The number 30 was retired for George McGinnis, who played two stints with the Pacers from 1971 to 1975 and again from 1980 to 1982. The next player to receive a retired number was three-point hotshot Reggie Miller. From 1987 to 2005 Reggie wore the number 31. The only coach in Indiana Pacers history to be honored with a retired number was Bobby “Slick” Leonard. He coined the catchy phrase “Boom Baby!” The number 529 represents the total of career wins earned when Slick coached the Indiana Pacers from 1968 to 1980. Four Hall of Fame coaches have coached for the Pacers, including Jack Ramsay, Larry Brown, Larry Bird, and Isiah Thomas.

The Indiana Pacers have been awing Hoosier fans for years, and the tradition is still going strong. Showing up to root for the home team is a major Indianapolis attraction. It would be fair to say no discussion of Indianapolis sports is complete without mentioning the Pacers.