The Indiana State Museum, located just west of downtown Indianapolis in White River State Park, represents Indiana’s vast heritage, particularly in Indianapolis culture, through a variety of fascinating displays and exhibitions. The primary goal of this Indianapolis museum is to collect, preserve, and interpret for the public, the cultural and natural history of the state of Indiana. The Indiana State Museum has grown from a small private collection to an impressive display of the artistic and scientific contributions that make the Hoosier State the fine state that it is today. Indeed, it is a favorite of all the many great Indianapolis attractions. 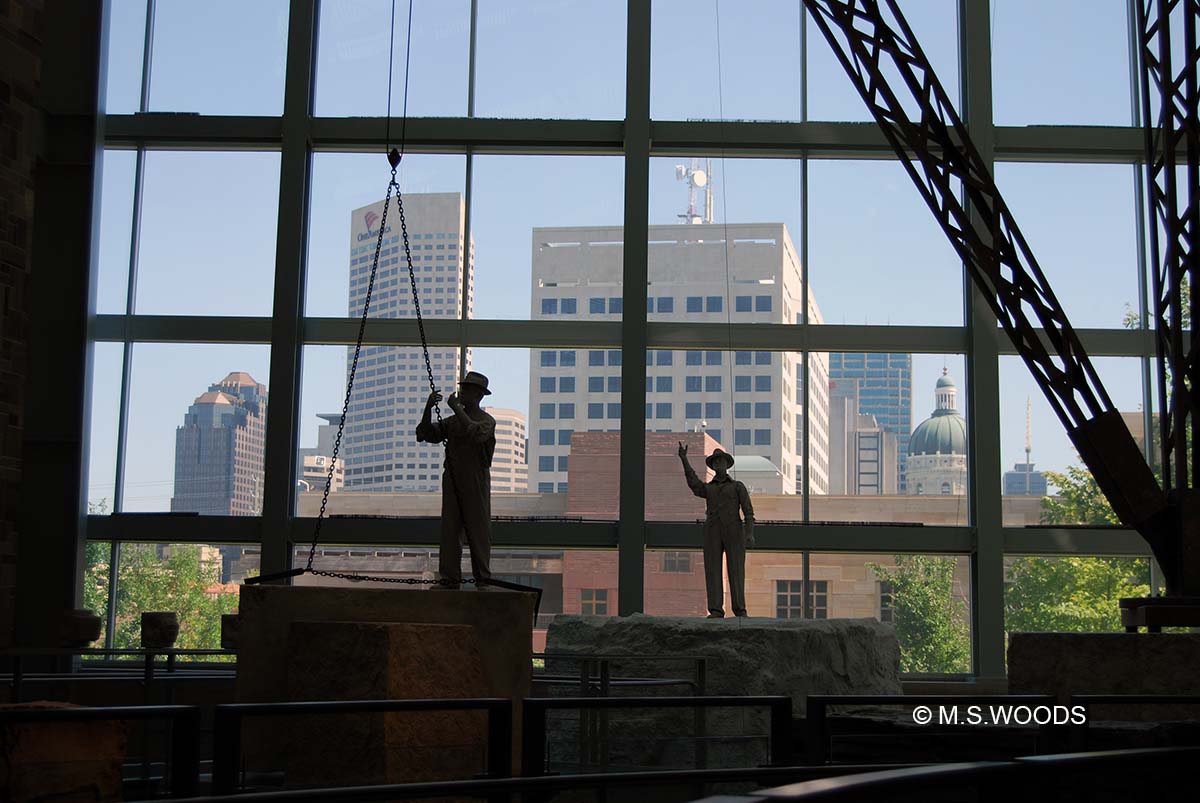 The museum’s holdings began in 1862 as a cabinet of minerals and curiosities that were the collection of then State Librarian R. Deloss Brown. The collection was officially recognized by the Indiana General Assembly in 1869 via a law which directed the state geologist to collect and preserve examples of the geology of Indiana as well as the native plant and animal life. Early features of the collection included natural history specimens, war trophies, American artifacts, and a variety of other oddities collected from Indiana and foreign countries. 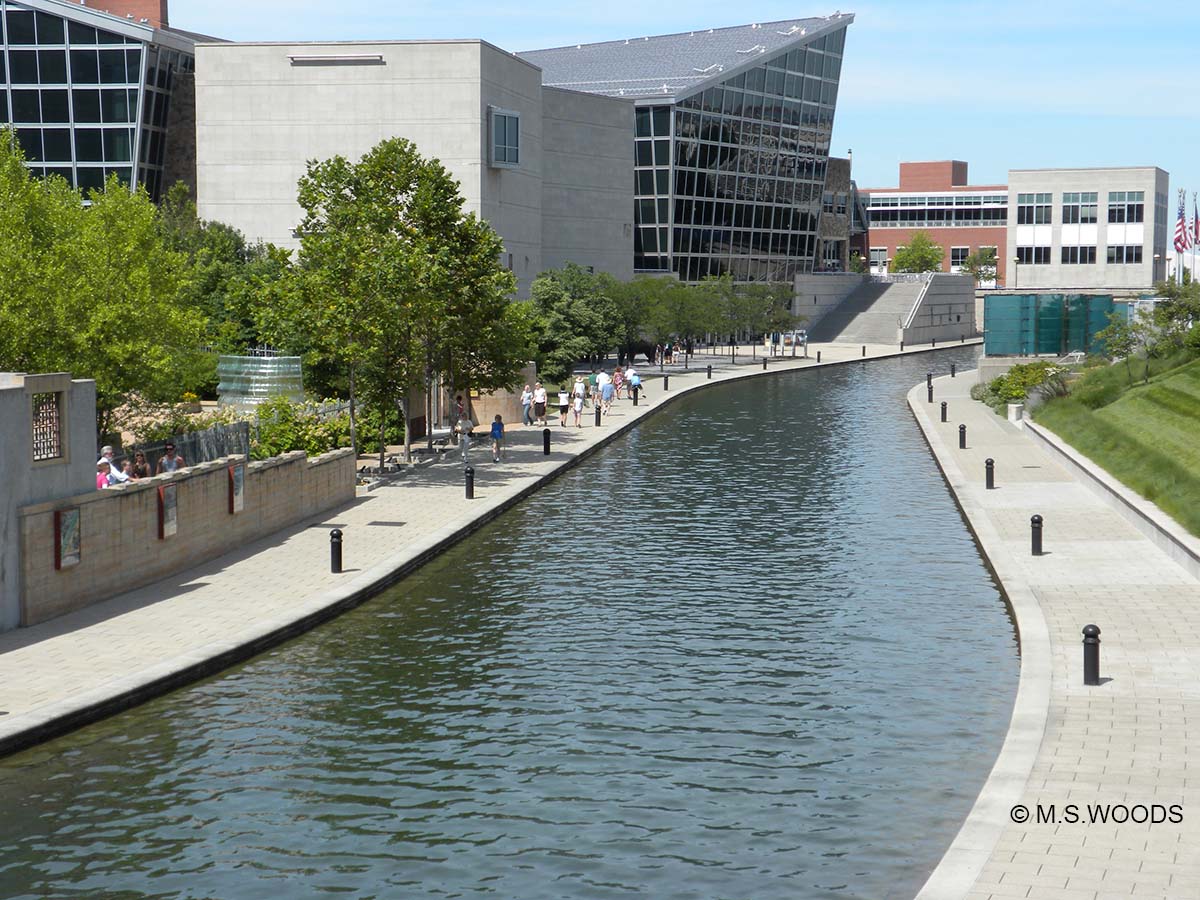 Unfortunately the original collection would sit in the State House basement for over 45 years as interest in the project was no longer a high priority for the state. There was no definite order of display for the items in the collection, and very little labeling on the artifacts. Throughout the 1920’s, the museum was officially closed in order to make room for the ever -growing auto license department. The future of the Indiana State Museum would be debated over the next twenty years, while the collection sat in a dirty, cramped space in the State House basement. 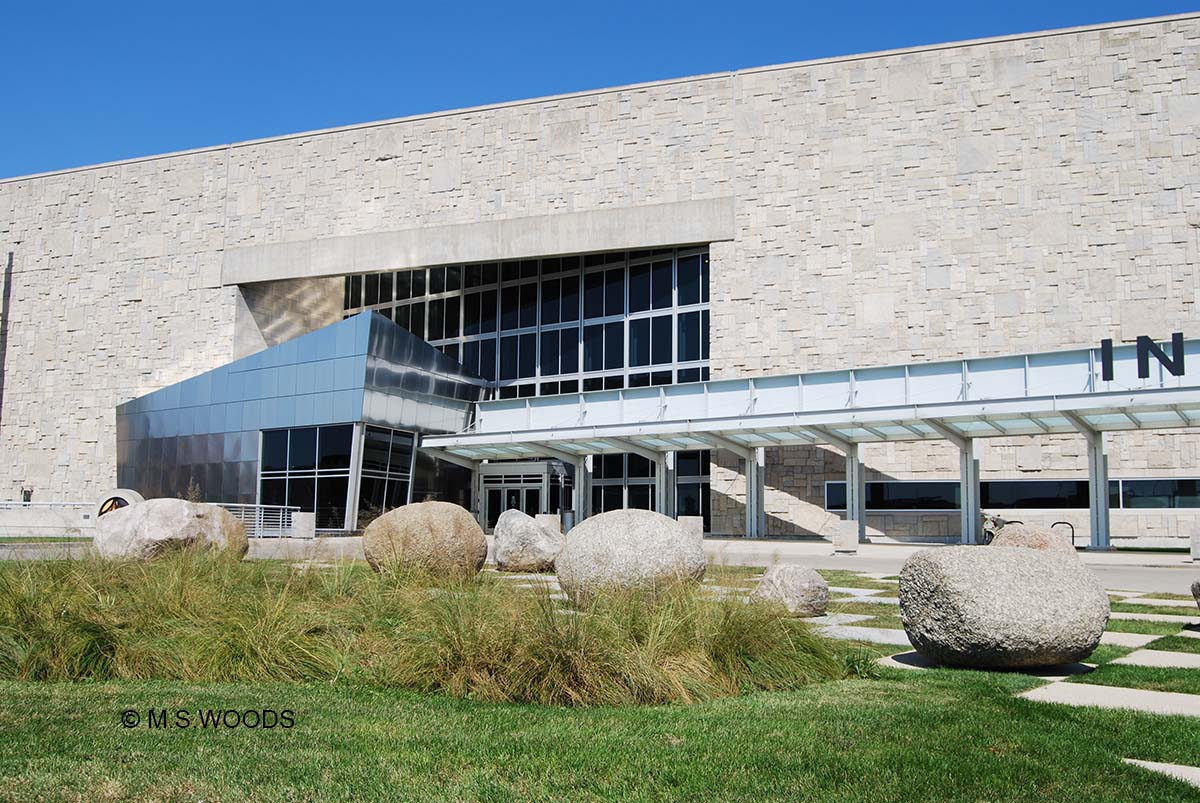 Re-emergence of interest would come in 1963 from then Governor Matthew E. Welsh, when the Indiana State Museum was shown in a poll to be the worst in the United States. The first real home for the collection would be found in the former City Hall building in downtown Indianapolis, and the new Indiana State Museum location would be dedicated after renovations in 1967. A professional staff was also hired in hopes of bringing the museum up to contemporary museum standards. 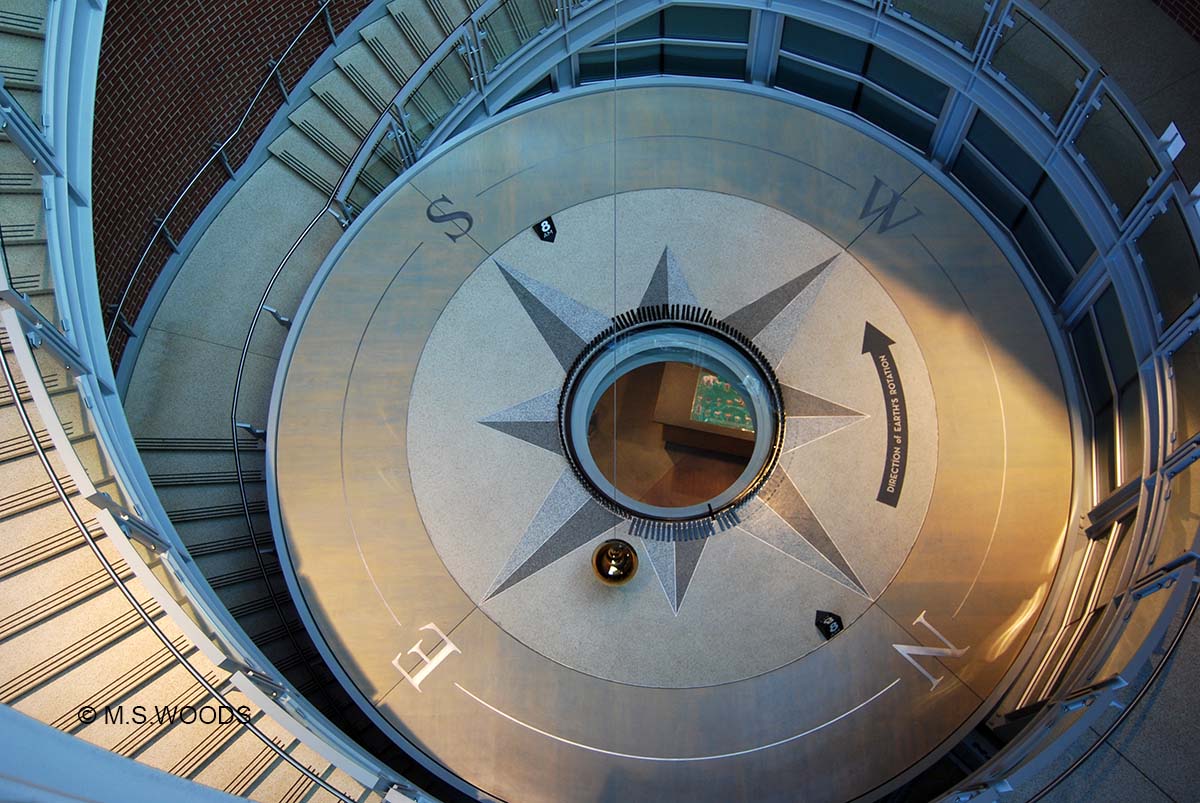 As the years passed and artifacts were added to the permanent collection, the museum would outgrow its location at the former City Hall at 202 North Alabama Street. A solution to this problem was discussed over the next several years, and in 1984, it was decided that the museum would be relocated to a new facility located in White River State Park, one of the largest Indianapolis parks. Funding from the state, however, would not be approved until 1999, and the new museum would not break ground until May 22, 2002. 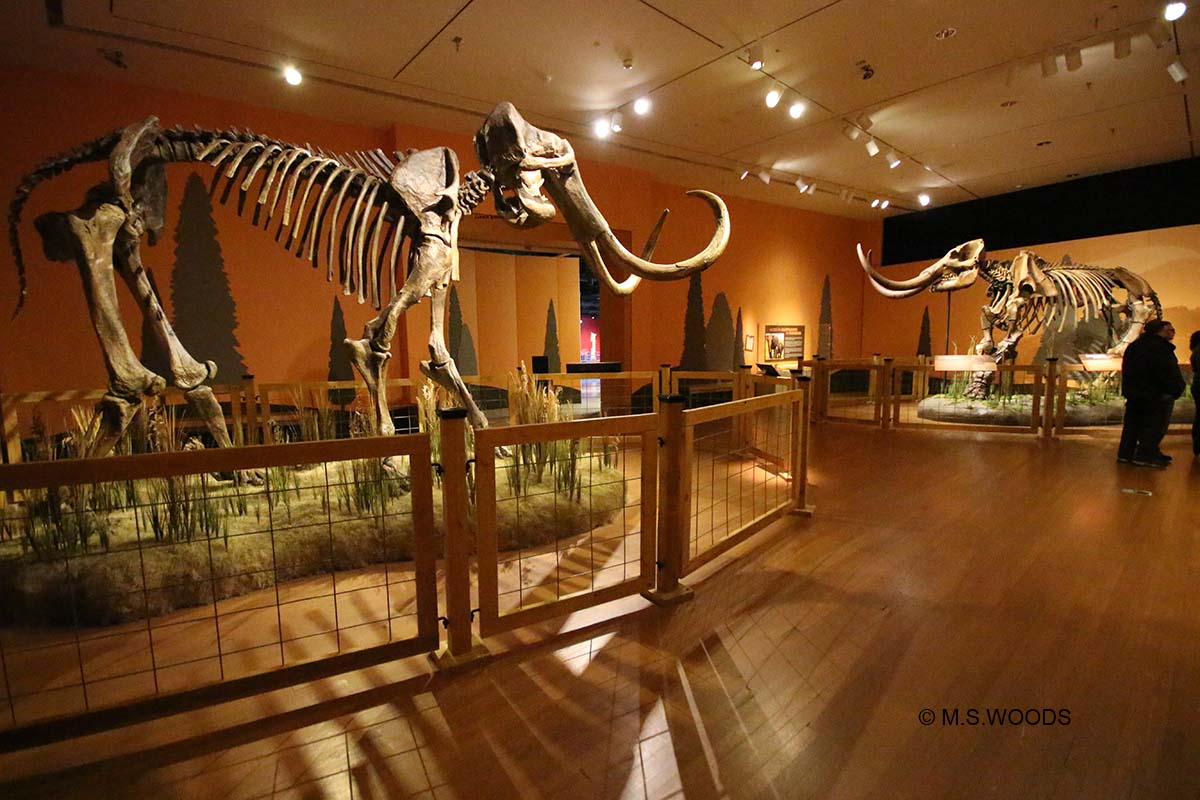 Ice Age Giants at the Indiana Museum of Art

Currently, the collection focuses on a variety of exhibits relating to the cultural, artistic, and scientific history of Indiana and Indianapolis history. Examples of artifacts in the collection include items such as furniture, costumes, fossils, quilts, household items, Indianapolis sports memorabilia, and representative art from Indianapolis and around the state. The museum constantly rotates its collection on display in order to give visitors a new experience of discovering Indiana’s rich past with each visit. Only two or three percent of the overall collection is on display at any given time, while the rest is stored in administrative and off-site storage facilities. 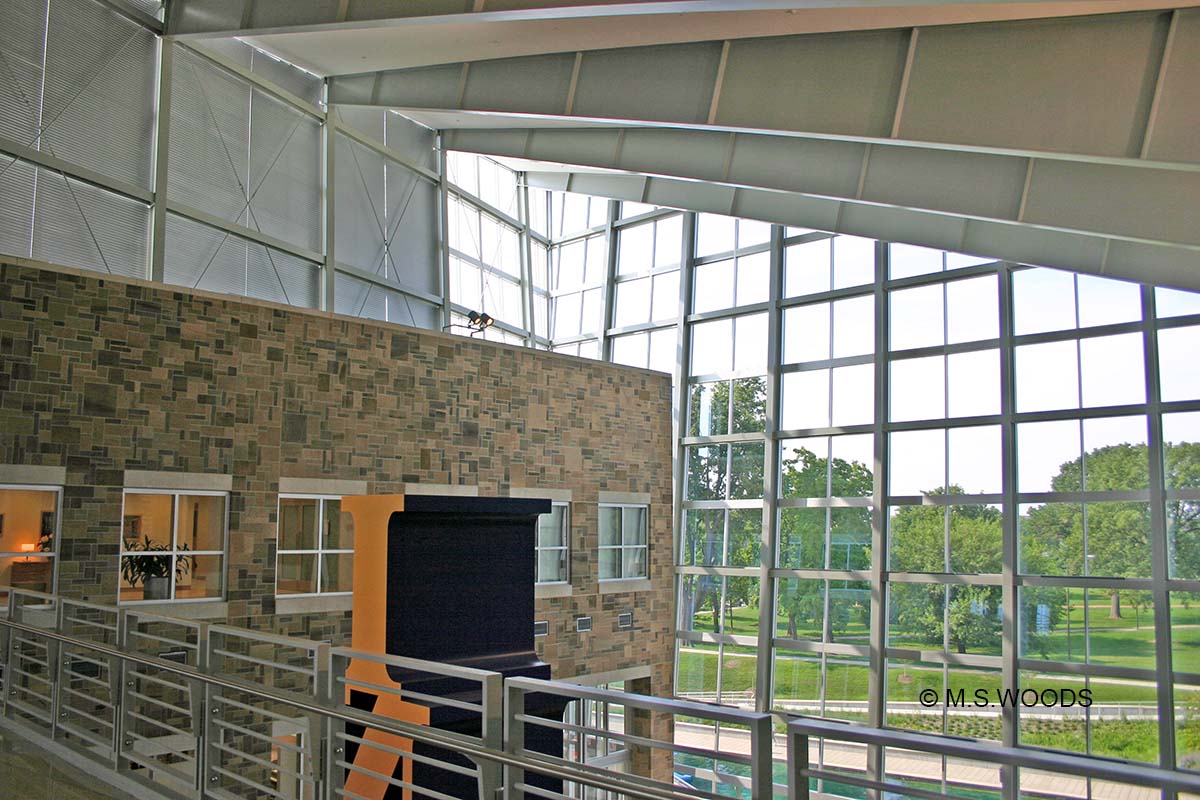 Exhibits consist of the Core Galleries, which relate the history of Indianapolis and Indiana through the Legacy Theater, and the Changing Exhibits, which feature traveling displays. The actual gallery structure remains the same, but the artifacts it holds are changed four times each year. Additional artifacts can also be seen in the Treasure Cases, which feature a variety of items not displayed in other exhibits. Expert staff members are on hand to properly care for the artifacts and thoroughly educate the public on the wide variety of items in the overall collection. 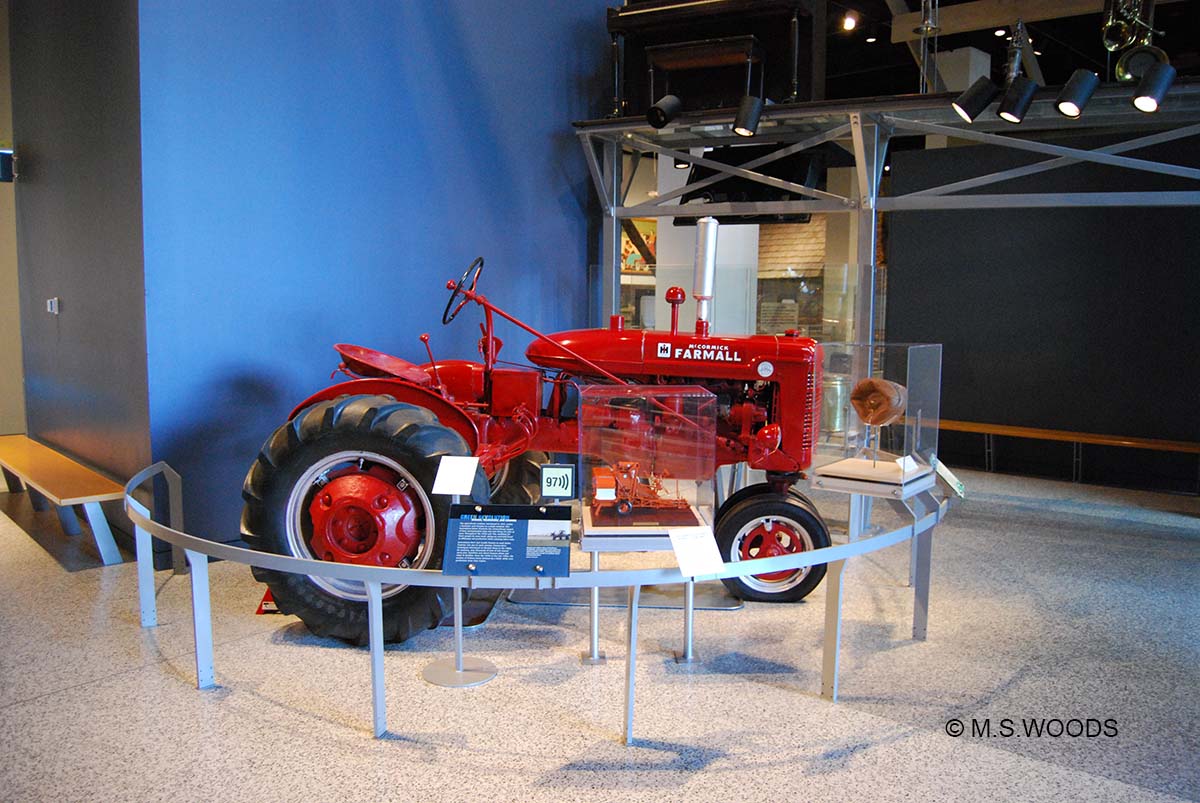 The State Museum collection features such display areas as Americana, Fine Arts, Social History, Biology, Geology, Agriculture, Industry and Technology, Prehistoric and Historical Archaeology, and site digs. The museum provides educational theater in order for Indianapolis children and adults alike to experience the history of Indiana first-hand as well as a variety of other workshops, classes, displays, demonstrations, tours and lectures. Also included in the museum is the IMAX Theater, allowing visitors to experience film as they never have before. A visit to the Indiana State Museum will not only be an entertaining one, but one that leaves you feeling connected to the rich history of the State of Indiana.

Visit the Indiana state Museum website for prices and hours of operation today.