It wasn’t until March 28, 1984, that professional football made its arrival to Indianapolis, Indiana. Colts team owner Robert Irsay made the decision to take his Baltimore franchise and move it to the heart of the Midwest before his death, at which point son Jim Irsay inherited ownership of the team. Now, you can find the Indianapolis Colts breaking in their second major playing field, Lucas Oil Stadium, located in downtown Indianapolis. 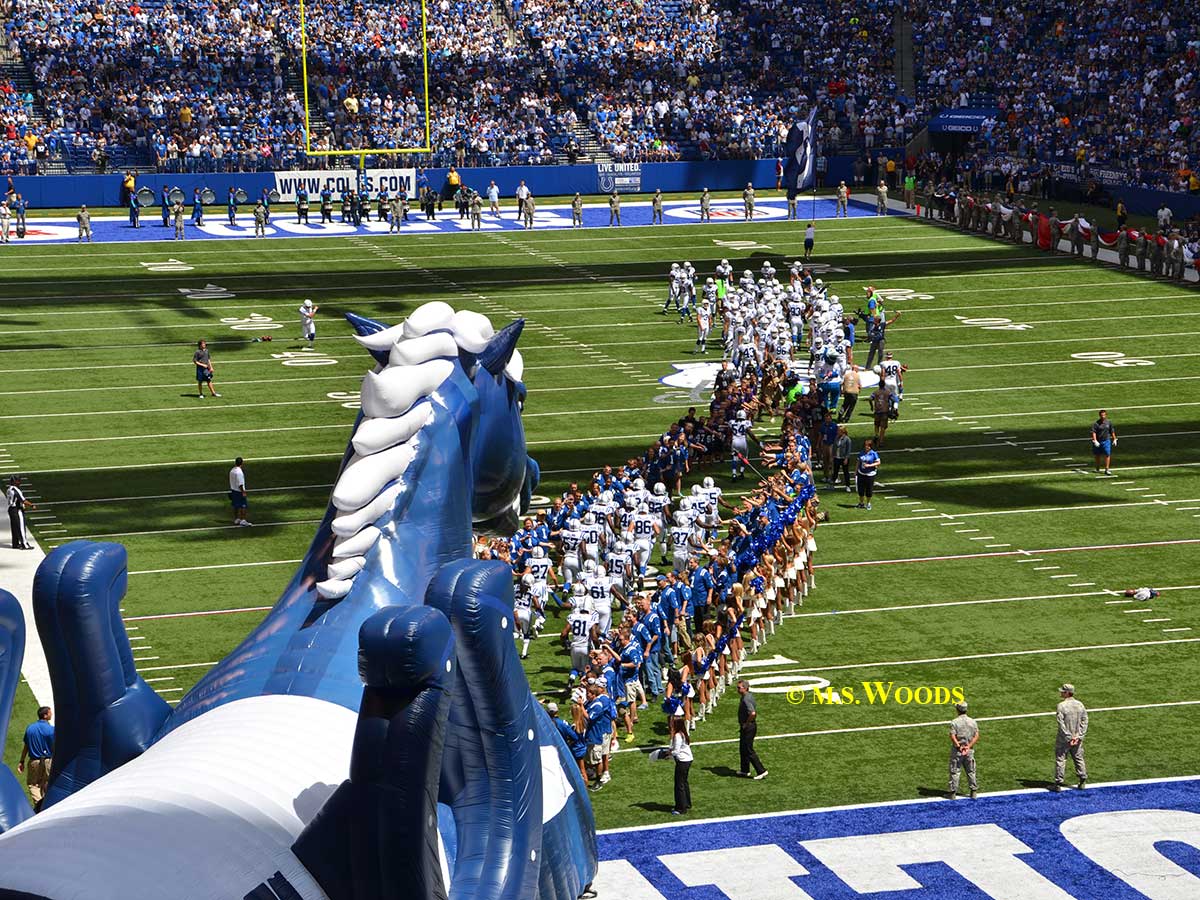 The Indianapolis Colts won Super Bowl 41 in February of 2007, marking the team’s first championship since moving to Indianapolis. Only a year and a half after becoming world champions, the Colts were playing in their new $720 million state of the art facility, Lucas Oil Stadium. When 63,000 fans are cheering the Colts on, you get a feel for how exciting Pro Football is in Indy. Before then, the Colts had spent 24 years playing in the RCA Dome, also located in downtown Indianapolis.

The Colts have won several Divisional titles in recent years and have been the only team in NFL history to win 12 games or more in 5 straight seasons (2003-2007). The success of the Colts started when Indianapolis drafted Peyton Manning in 1998, a quarterback out of the University of Tennessee. Since Manning has been the starting quarterback, he has won the NFL’s Most Valuable Player award twice, been a Pro-Bowl selection 8 times, won an Offensive Player of the Year award, and a Super bowl MVP. When you combine Peyton Manning with many of the other Colts offensive threats, such as Joseph Addai, Reggie Wayne, Dallas Clark, Anthony Gonzalez, and Donald Brown you produce some of the greatest and most exciting games ever played in professional sports. In addition, the Indianapolis Colts have a great defensive team headed by Dwight Freeney with Robert Mathis and Bob Sanders. With coach Jim Caldwell at the helm, this team is unstoppable.

Going to a Colts game is an event, not to be taken lightly, but there’s always a good way to gear up for the game, whether it’s eating at your favorite Indianapolis restaurant, doing some pre-game drinking at a local Indianapolis bar, or a million other fun things to do in Indy.

The Colts help out the Indianapolis community through the various programs they have started. Examples would be: Basket of hope, Books for Youth, Touchdowns for Teens, Coats for Kids, and SACKing Hunger, just to name a few. The Colts take donation requests in addition to sponsoring all of their many community programs. Many Colts players have foundations and charities which they support, helping many communities in need.

When you think sports entertainment in Indiana, you have to put the Indianapolis Colts at the top of the list.