The $63 million Cultural Trail in Indianapolis, Indiana is a beautifully-engineered bike path and pedestrian walkway system that showcases the vibrancy of downtown Indianapolis by connecting 6 distinct cultural districts, and promoting various forms of public art.

The trail passes through several neighborhoods and cultural destinations along its 8-mile stretch, and links to the Monon Trail to allow easy access to Broad Ripple and Carmel from downtown. Guided tours are available.

The Cultural Trail was envisioned as a way to promote the city’s cultural assets, by engaging both experienced and emergent artists. On this mark, it has succeeded. There are currently 8 pieces of public art along the Trail, with names like Moving Forward, Swarm Street, Chatham Passage, Looking Through Windows, Care/Don’t Care, Prairie Modules 1 & 2, Ann Dancing and Poet’s Place.

A portion of the trail, known as the Glick Peace Walk, runs along Walnut Street. It is a tribute to the lives of individuals who achieved greatness through peaceful contributions to humanity. It includes 12 sculptural gardens dedicated to the accomplishments of historic figures like Franklin & Eleanor Roosevelt, Jonas Salk, Albert Einstein, and the Wright brothers to name just a few. 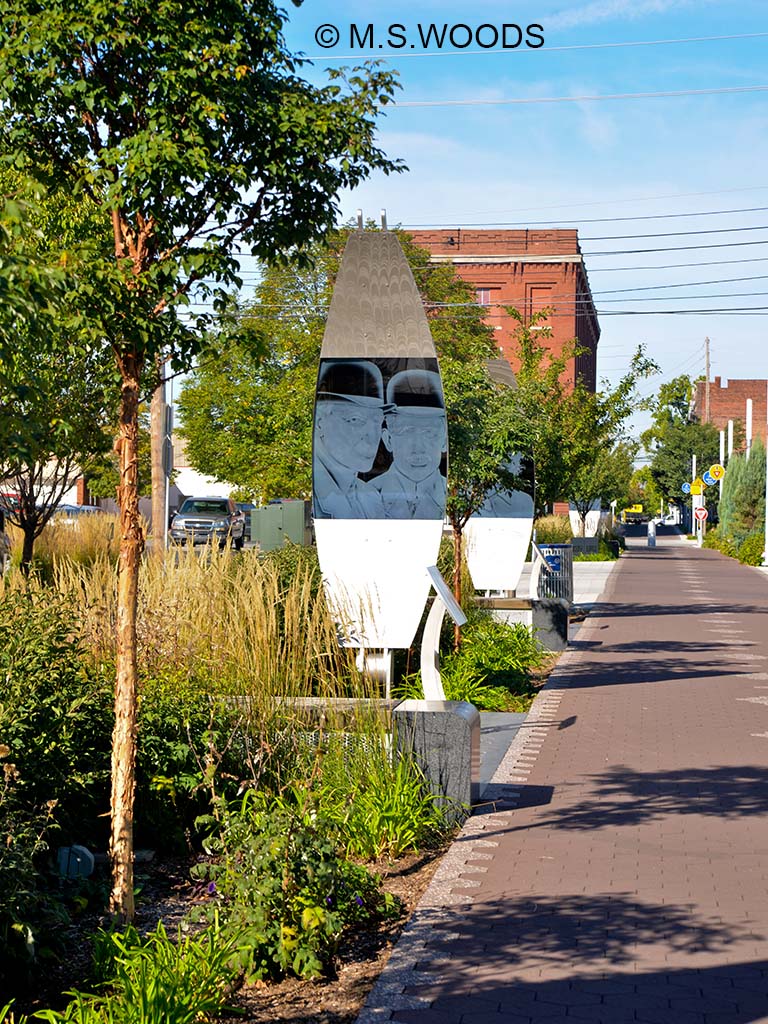 Thanks to the Pacers Bikeshare program, trail goers now have access to 250 bikes at 25 stations, available on a rental basis. In addition, 86 bike racks that can be found or near the Cultural Trail. 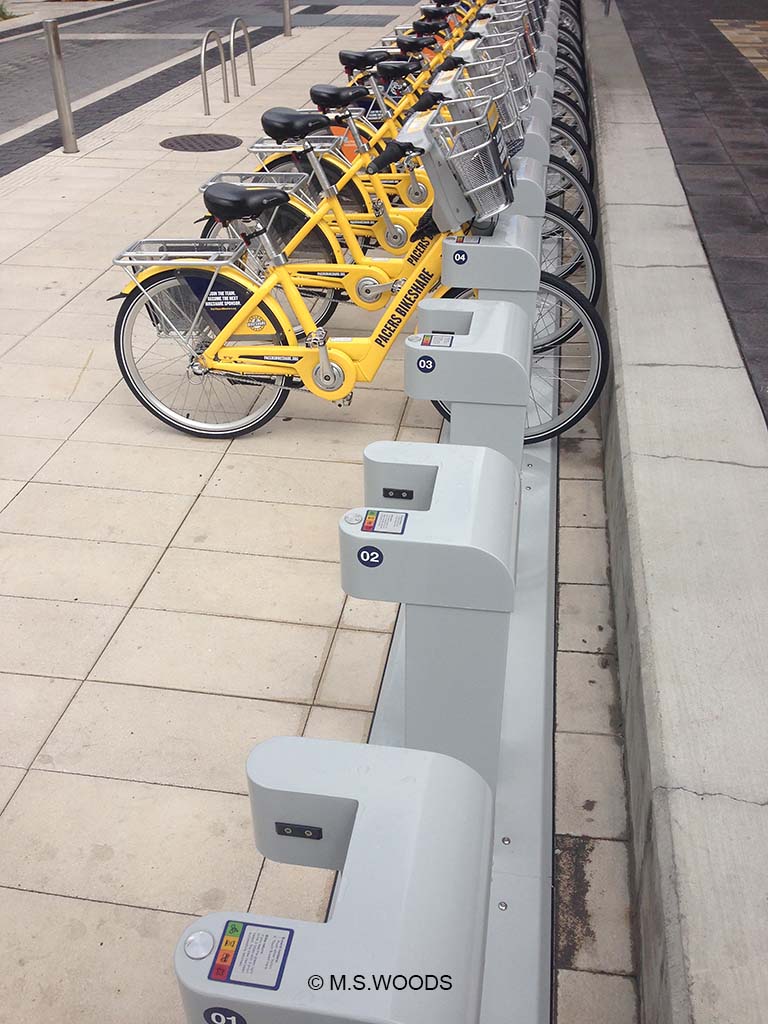 One innovative aspect of the Cultural Trail is the environmentally-friendly use of bioswales to deal with storm water runoff. These bioswales are essentially planters which lighten the load on the city storm water drainage system by treating water at surface-level, rather than sewage level. Not only do the bioswales save the city money, but they serve as a natural barrier between city traffic and trail-goers. In all, a total of 25,400 square feet of storm-water planters can be found along the trail, in addition to over 500 trees.

No local taxes were used to construct the trail. The total cost was $63 million, including a generous leading $15M donation from Eugene and Marilyn Glick.

Known for it’s thriving nightlife scene, Broad Ripple is without a doubt one of the most sought-after areas in which to live. Words like “trendy,” “progressive,” and “artistic” come to mind when describing Broad Ripple. With an eclectic mix of boutique-style shops, sidewalk cafes, graffiti murals, art galleries and trendy restaurants, “the Ripple” offers a little something for everyone.

With the recently constructed parking garage, finding a space to park is no longer a problem. The nice thing about Broad Ripple is everything is within convenient walking distance. 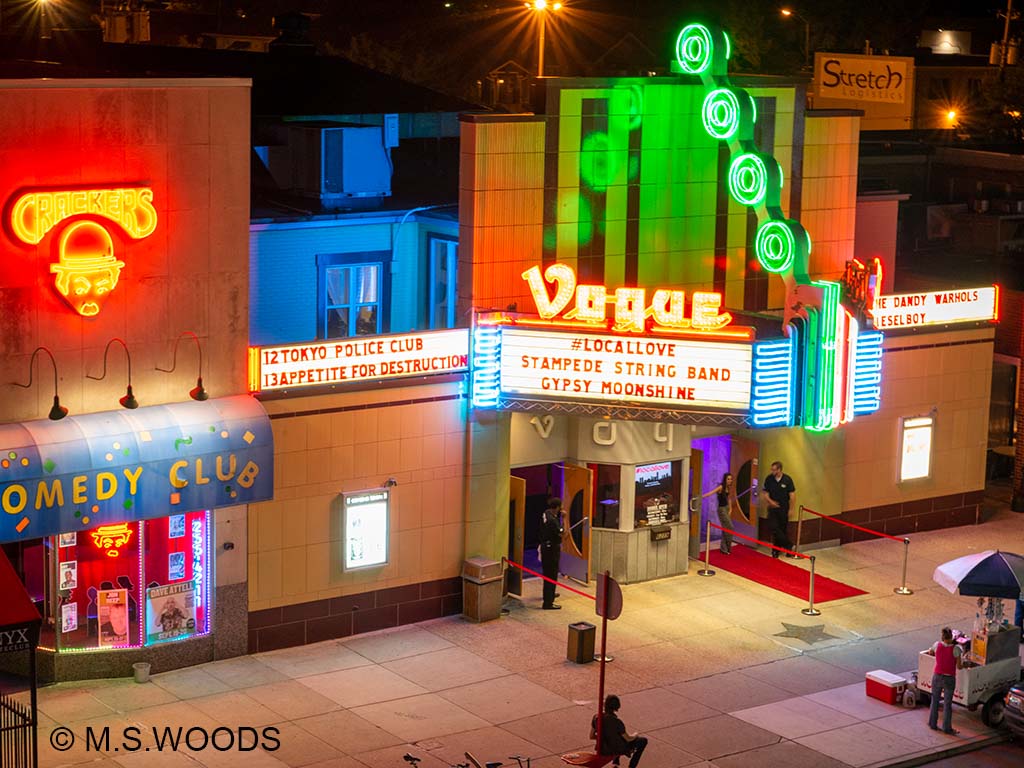 The Canal & White River State Park cultural district is jam packed with fun things to do. Catch a live dolphin show at the Zoo, or take the “scenic route” down the canal in authentic gondola ride.

The Canal and the 250-acres of state park comprise this cultural district are hard to beat, when it comes to experiencing some of the city’s most iconic attractions. Everything from unique cafes, world-class museums, historic landmarks, inspiring public art and a host of festivals and celebrations make the Canal & White River State Park cultural district a must-see. 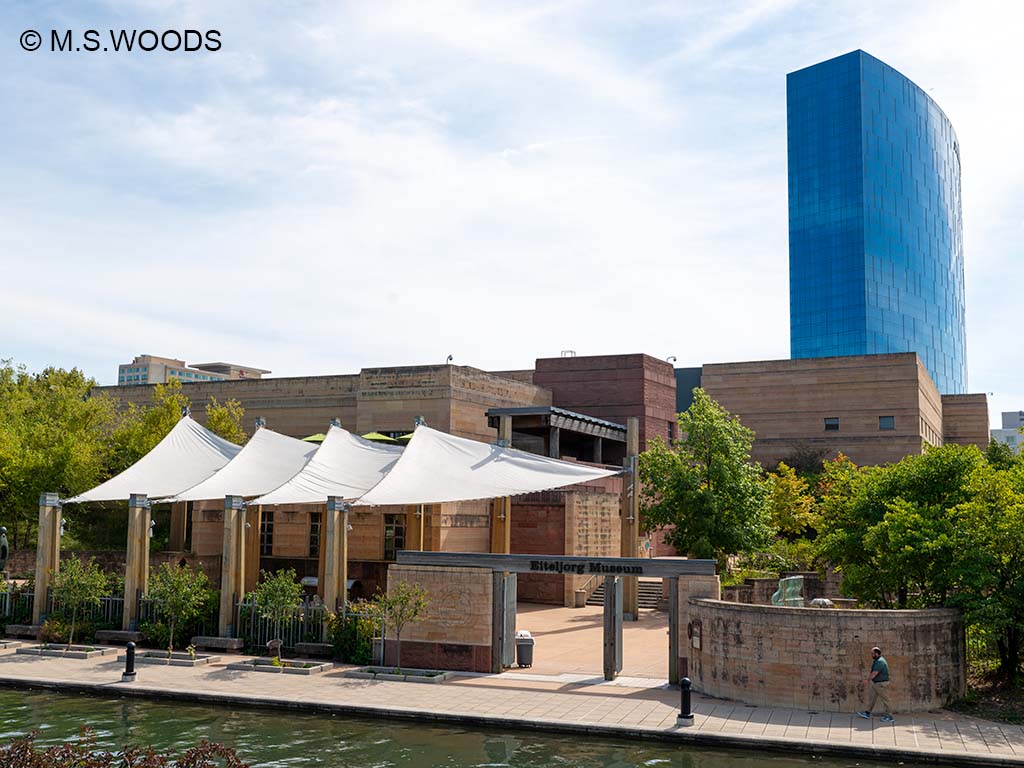 Fountain Square is located just southeast of downtown Indianapolis. While known for it’s thriving art and music scene, Fountain Square has so much more to offer. This is a older neighborhood and somewhat of a melting pot, with everyone from young professionals, artists, business types, and white and blue-collar families all contributing to the cultural tapestry that is Fountain Square. 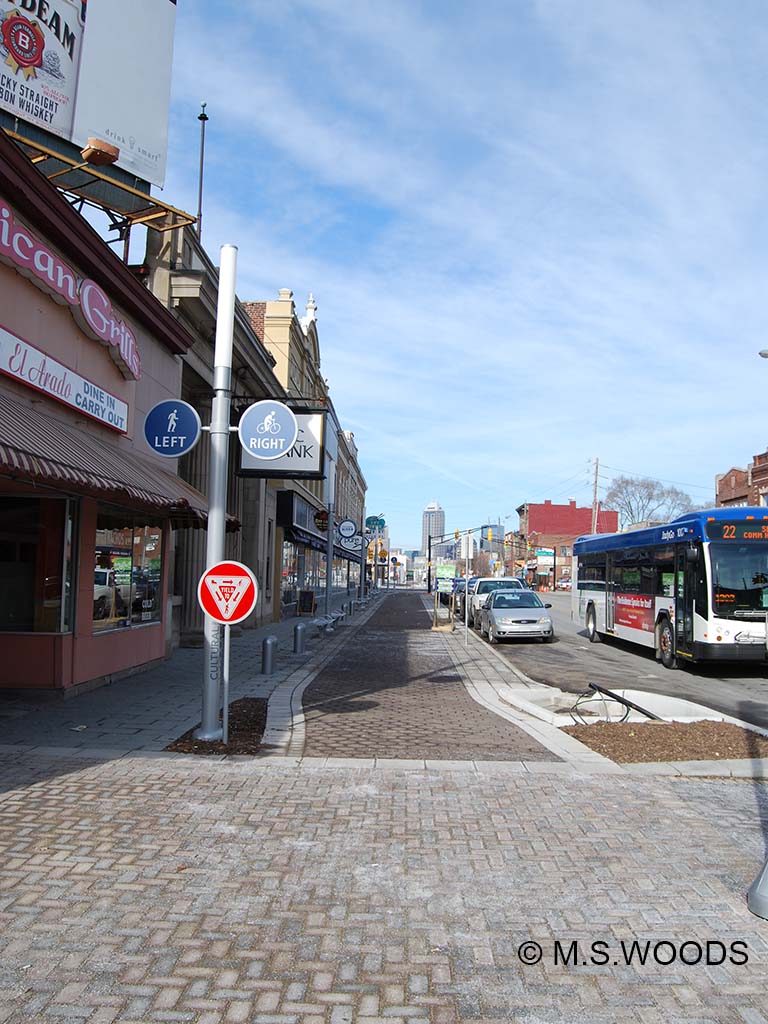 The Indiana Avenue cultural district stretches diagonally, from the Central Canal to the White River. Indiana Avenue has a rich African-American cultural heritage, one which developed in a similar fashion to the Harlem Renaissance of the early 1900s. “The Avenue,” as it has been called, was the epicenter of black social, cultural, literary and artistic life, particulary during the 1930s and early ’40s. 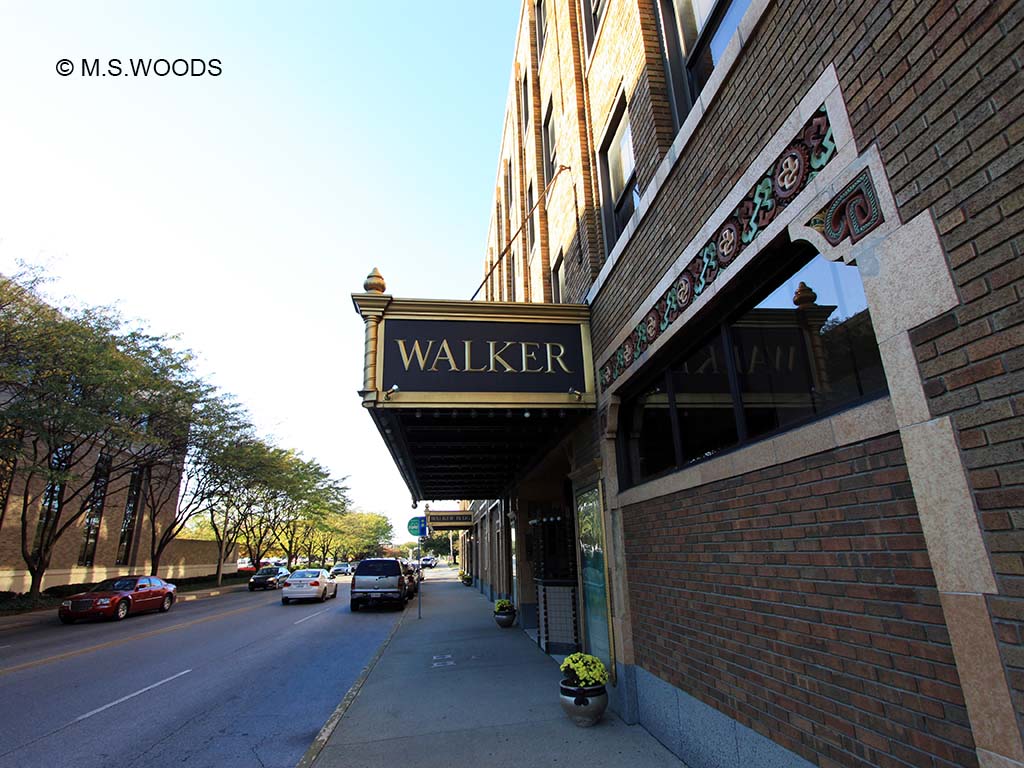 Nowadays, the Indiana Avenue cultural district is home to a diverse collection of cool galleries, clubs, historic attractions, artist studios, niche restaurants, museums, parks and public art. It is home to the Madame Walker Theater and historic Stutz Business Center, the latter of which houses the Stutz Artists Association, which represents a diverse collection of artists, photographers, painters, sculptors, silversmiths and illustrators.

The IUPUI campus, along with the city’s life sciences initiative and a collection of major medical campuses are situated in the Indiana Avenue cultural district. 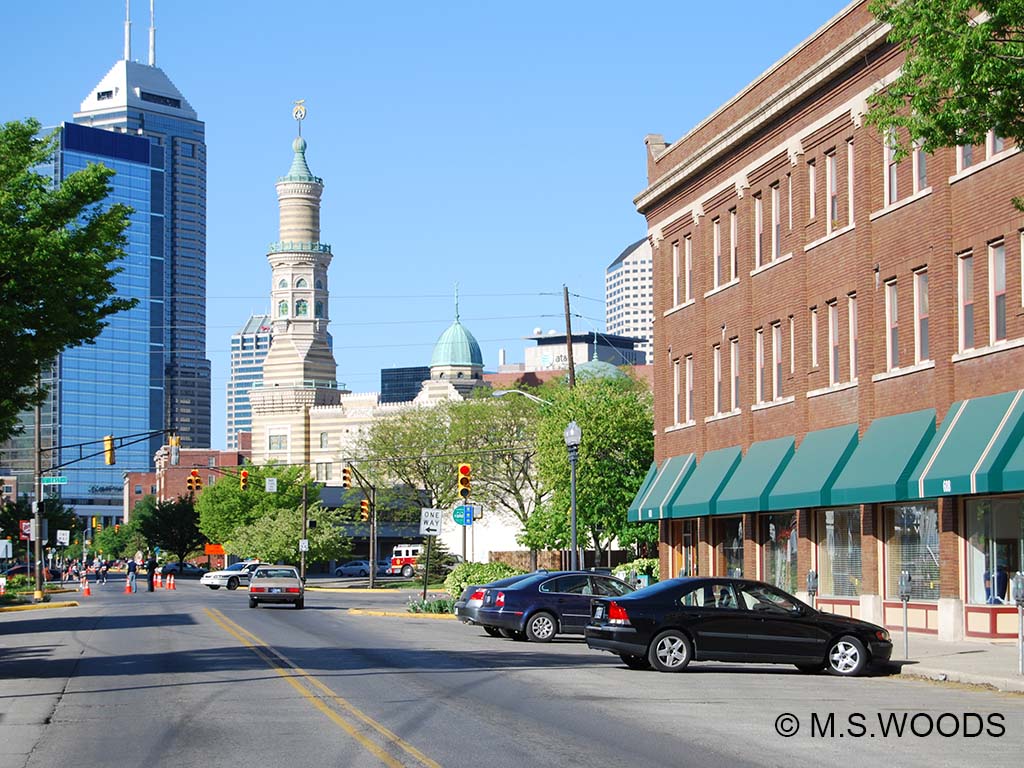 Establishments like the Anthenaeum, the historic Rathskeller Biergarten, Ralston’s Drafthouse, The Best Chocolate In Town, and R Bistroi are just a few examples of why food and drink connoisseurs love Mass Ave.

Mass Ave is just a cool neighborhood where you can kick back and enjoy a beer, catch a literary reading, get your hair coiffed, and see a theatrical production–all on the same day!

You’ll find the Wholesale District in the 100 and 200 blocks of South Meridian and Pennsylvania Sts. and into the 200 block of South Illinois, on the south part of downtown Indianapolis. This historic area of Indianapolis is roughly bounded by Delaware, Maryland, Capitol Ave. and South St.

The Wholesale District is populated with a number of five-star hotels–13 to be exact–including the Conrad, Crowne Plaza Hotel, Hilton Indianapolis, and Omni Severin to name a few. 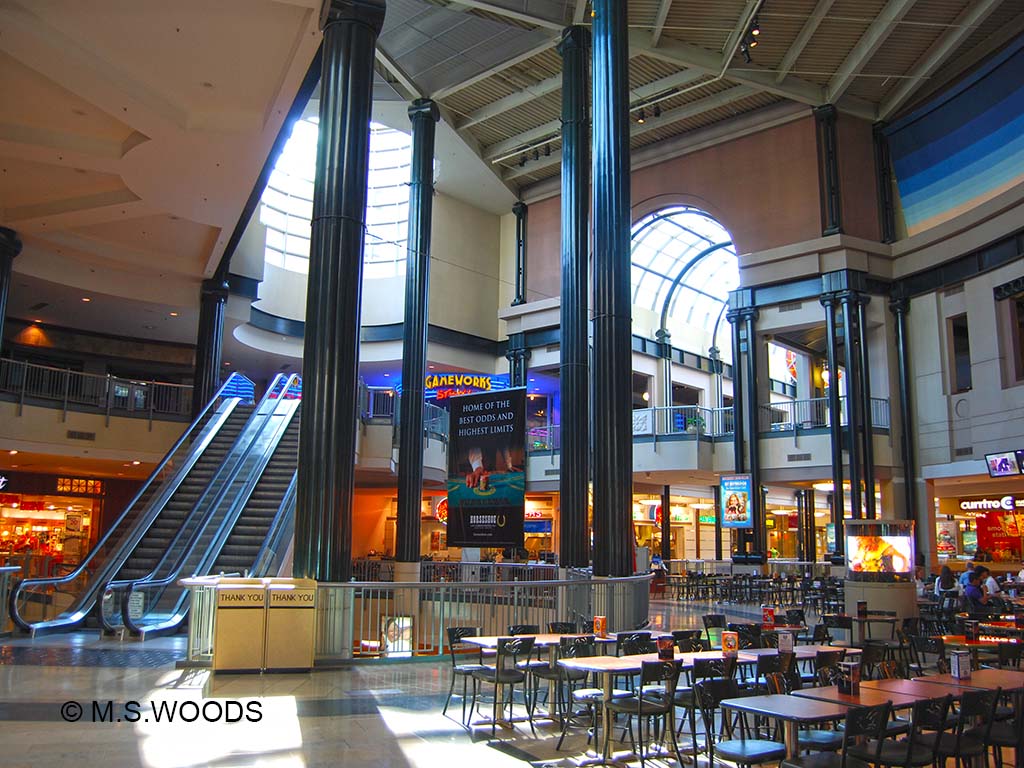 The district is home to several of the city’s most prominent attractions, such as Lucas Oil Stadium, Bankers Life Fieldhouse and Circle Centre Mall. Additionally, the largest concentration of historic 19th and early 20th century commercial buildings, such as the historic Union Station and Byram, Cornelius & Company can be found in the Wholesale District.

The Wholesale District is a great place for shopping, sports, concerts, fine dining and theatre.