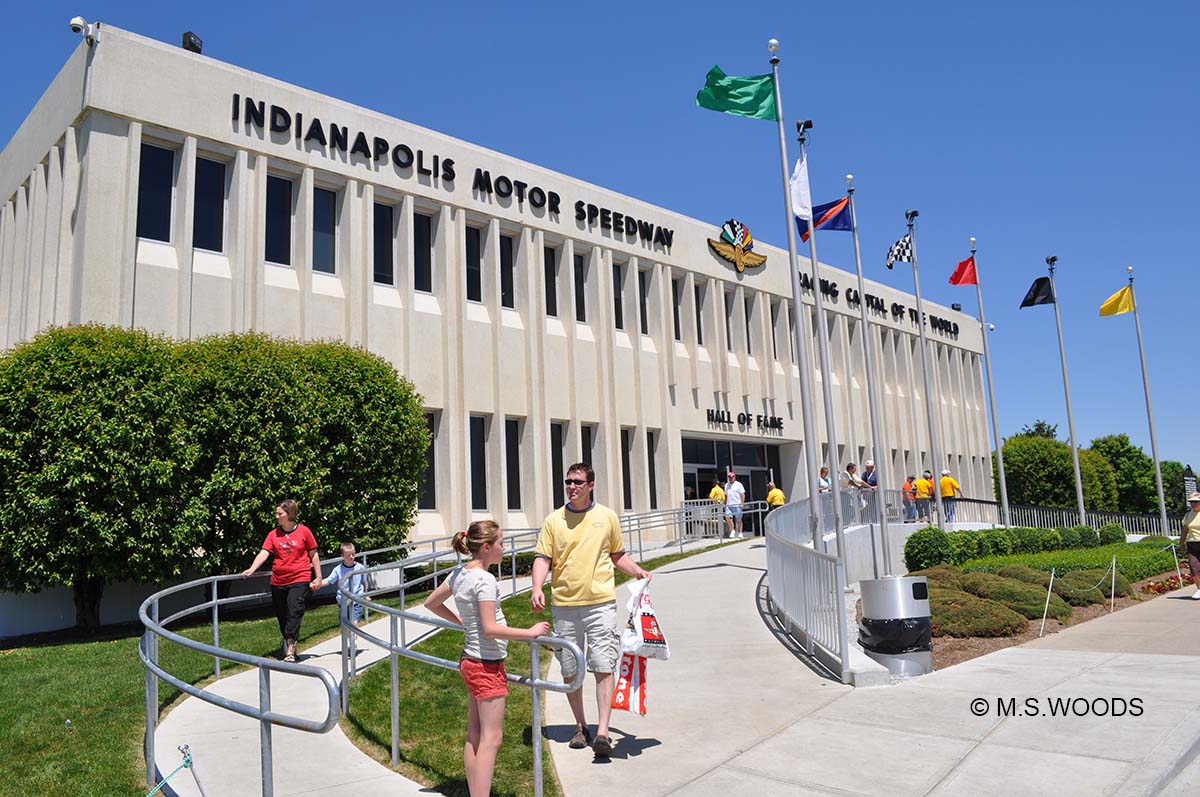 Initially, the museum was constructed in 1956 by Tony Hulman, the track owner at the time, as part of a remodeling and revitalization project to update the track and make it more visitor friendly. Karl Kizer was appointed as director of the museum and worked with Hulman to create a showcase that would house and highlight racing memorabilia. The Indianapolis Motor Speedway Hall of Fame had been previously created in 1952 to honor outstanding racing personalities, later becoming a feature of the museum. The original museum was housed on the grounds of the track, just outside of Gate 1, and featured many vintage racing cars. 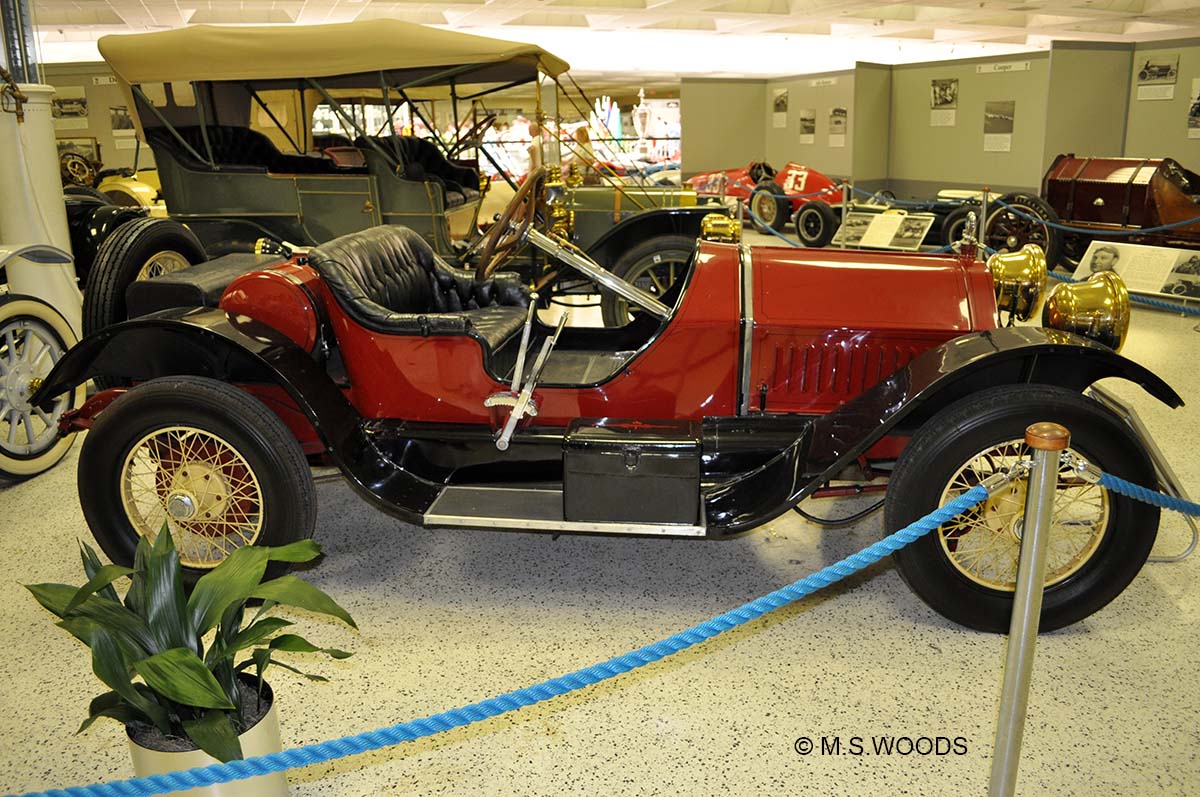 1911 Stutz displayed at the Hall of Fame Museum

In 1975, it was decided that a larger facility was needed to house the growing collection, and a new building was constructed within the Speedway oval. This new building would serve many purposes in its 96,000 square feet of space in addition to the museum, including administrative offices, the Speedway ticket office, and the Speedway gift shop. Adjacent to the new museum building is a tribute to automobile legend Louis Chevrolet, with a bronze bust proudly displayed to highlight Chevrolet’s automotive achievements. 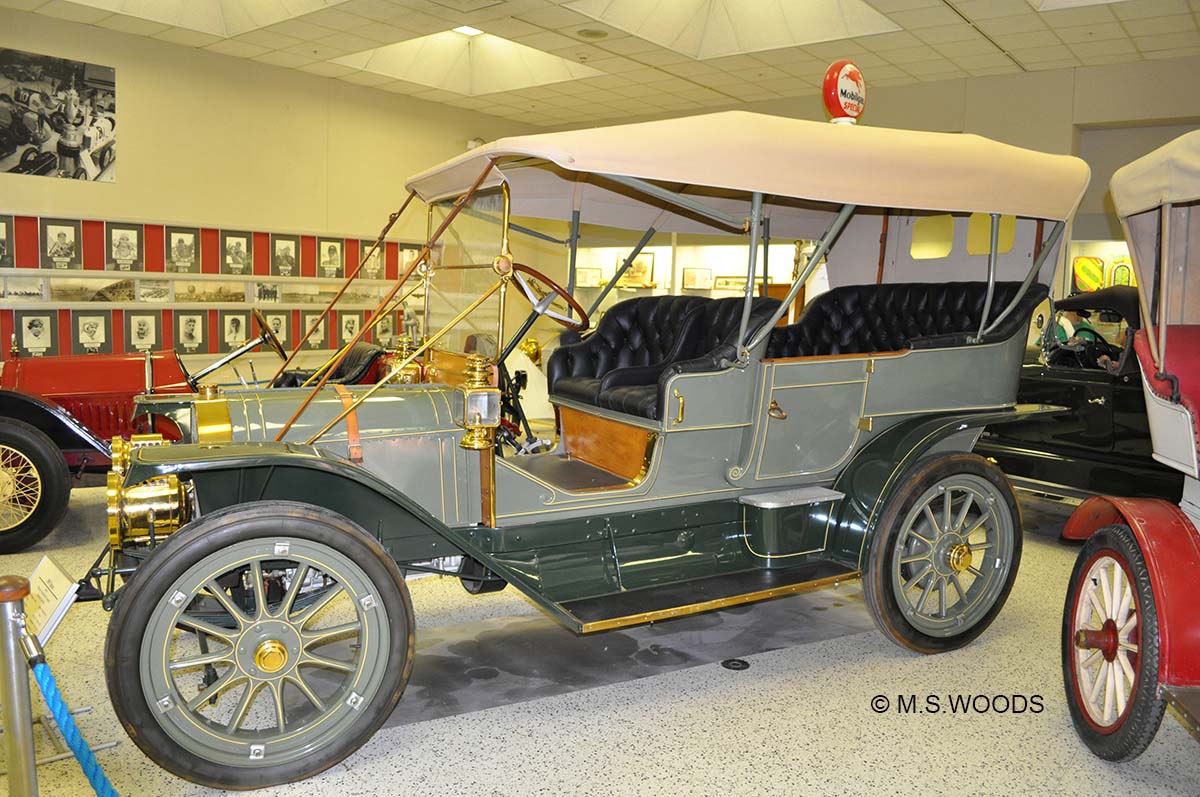 Seventy-five vehicles are on permanent display in the museum, including winning cars from past Indy 500 Races. Vintage passenger cars are also on display for visitors to view and compare to the modern vehicles of today. In addition to the numerous vehicles on hand, several inductee metals and portraits are on display in the museum. Also offered is the 48 seat Tony Hulman Theater in which guest to the museum can view rare film footage of historic racing events and highlights from past Indianapolis 500 Mile Races. 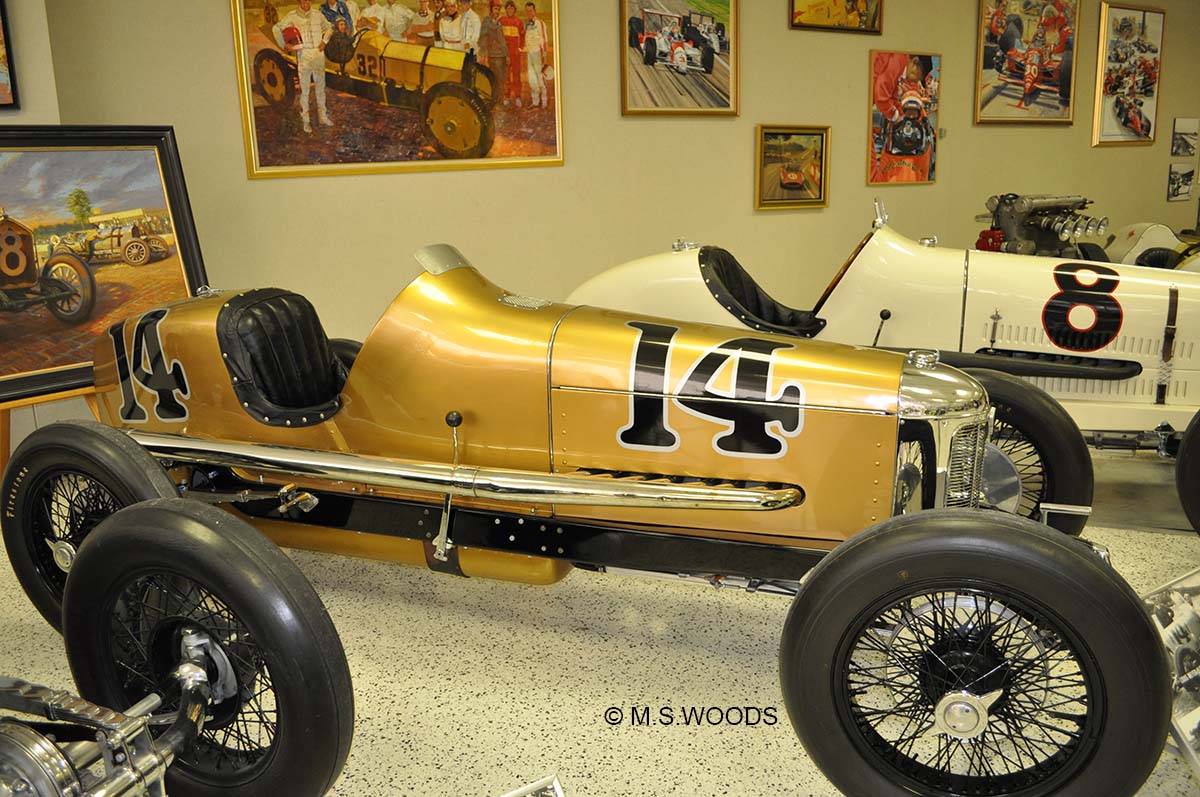 Other popular exhibits include the race car that won the 1911 race. It was a Marmon Wasp that was driven by Ray Harroun. Race enthusiasts visiting the Hall of Fame Museum can also enjoy cars from the more current racing era.  The four A.J. Foyt cars are on display showcasing the four times he was victor in the race. Also displayed is the Deusenberg #12 Murphy Special, the only car ever to win both the Indianapolis 500 and the French Grand Prix and Le Mans. Also, Dale Evans #8 Cummins Diesel Special which was the first car to ever complete the Indy 500 without a pit stop.

In addition to the museum’s vehicular displays, a wide variety of race accessories are on display.  Pieces include a large collection of trophies, uniforms, goggles, and other race related items. Visitors are able to see how styles and safety standards have changed throughout the years in the world of racing by viewing these accessories displayed throughout the years. A highlight in the trophy collection is the Wheeler-Schebler trophy which was created by Tiffany & Co.

The museum is open to visitors every day of the year except Christmas. It features an air-conditioned snack shop, as well as a departure area for bus tours of the historic 2.5-mile oval track. The museum sees the majority of its 250,000 annual visitors during the month of May.