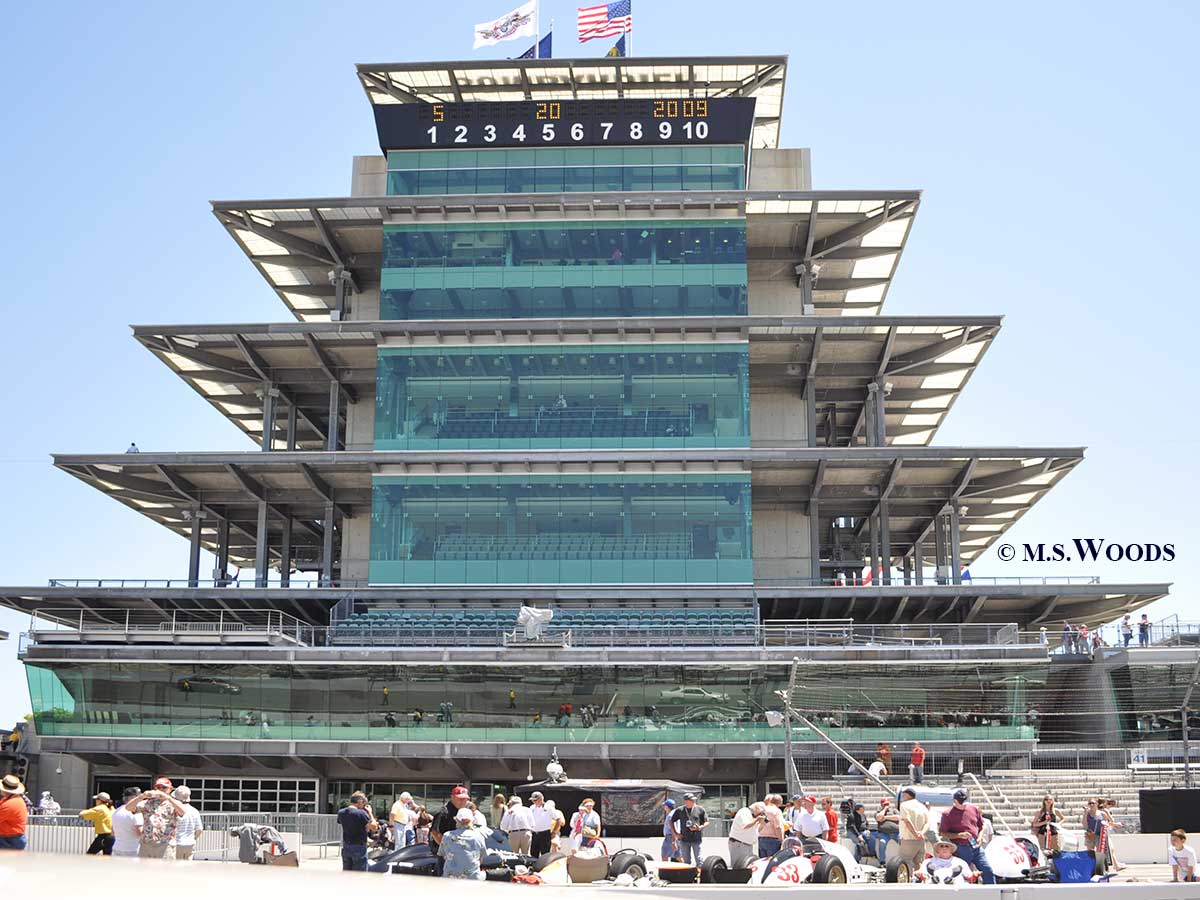 Automobile entrepreneur Carl Graham Fisher proposed the idea of a racetrack to act as a testing facility for local automobile makers in the area. Even the brand-new, one-mile oval dirt track at the Indiana State Fairgrounds was quickly becoming inadequate for speed runs. Fisher formed the Indianapolis Motor Speedway Company in 1909, and this Indianapolis business then opened a 2 ½ mile rectangular track on farmland west of Indy. 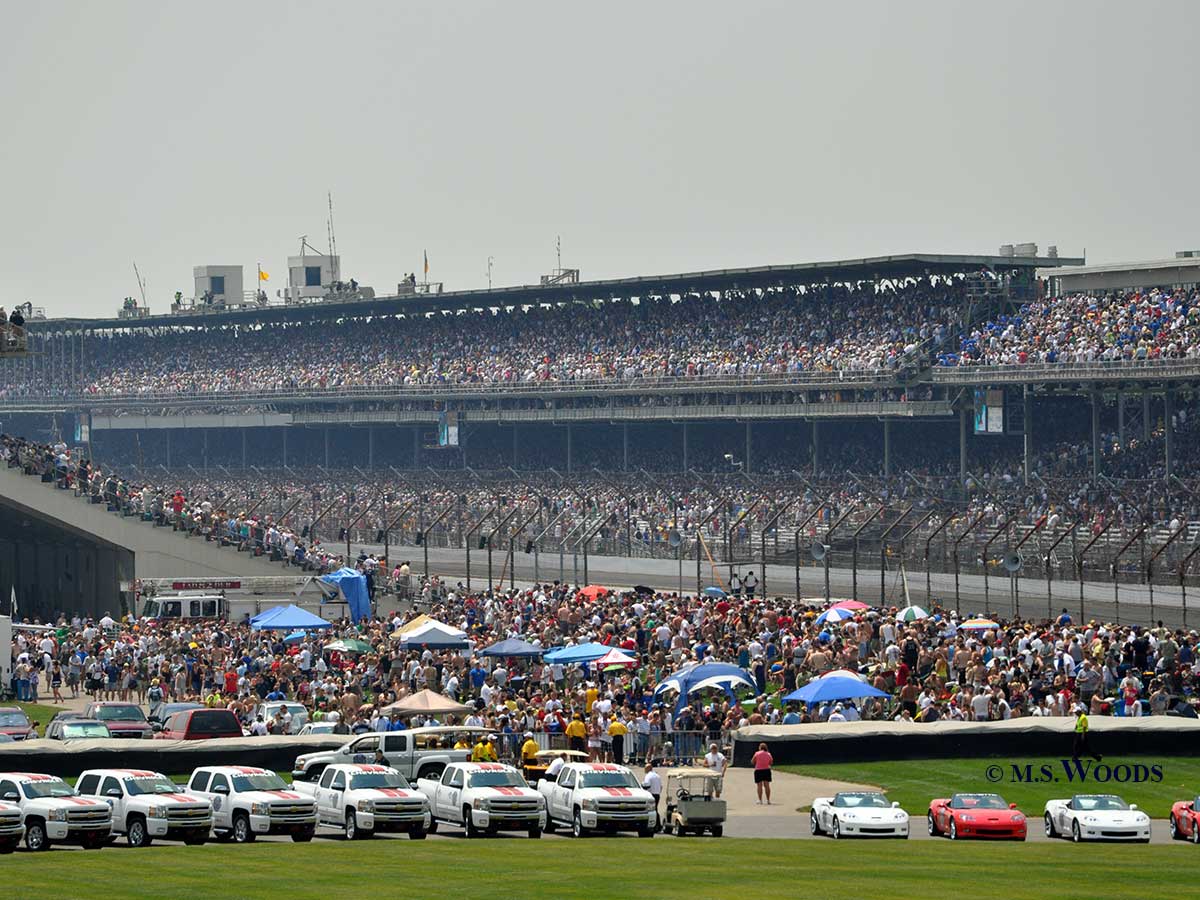 Indianapolis Motor Speedway’s inaugural motorcycle and automobile race was rather disastrous as the original surface of crushed rock and tar caused many accidents. The race had to be stopped short with drivers completing only five of the ten-mile race to avoid further damage to vehicles and danger to spectators.

The track was then resurfaced in a record 63 days with 3,200,000 ten-pound paving bricks which would become part of the tracks signature Brickyard history. Changes in the racing program itself would also be implemented as to attempt a better turnout and be more profitable for the track. Rather than a series of races over the course of three days, the race schedule would be changed to a one day “extravaganza”, paying a huge purse in an attempt to draw a large crowd in that one day. This strategy was successful, and hence the Indianapolis 500 Mile Race (the Indy 500) was born. 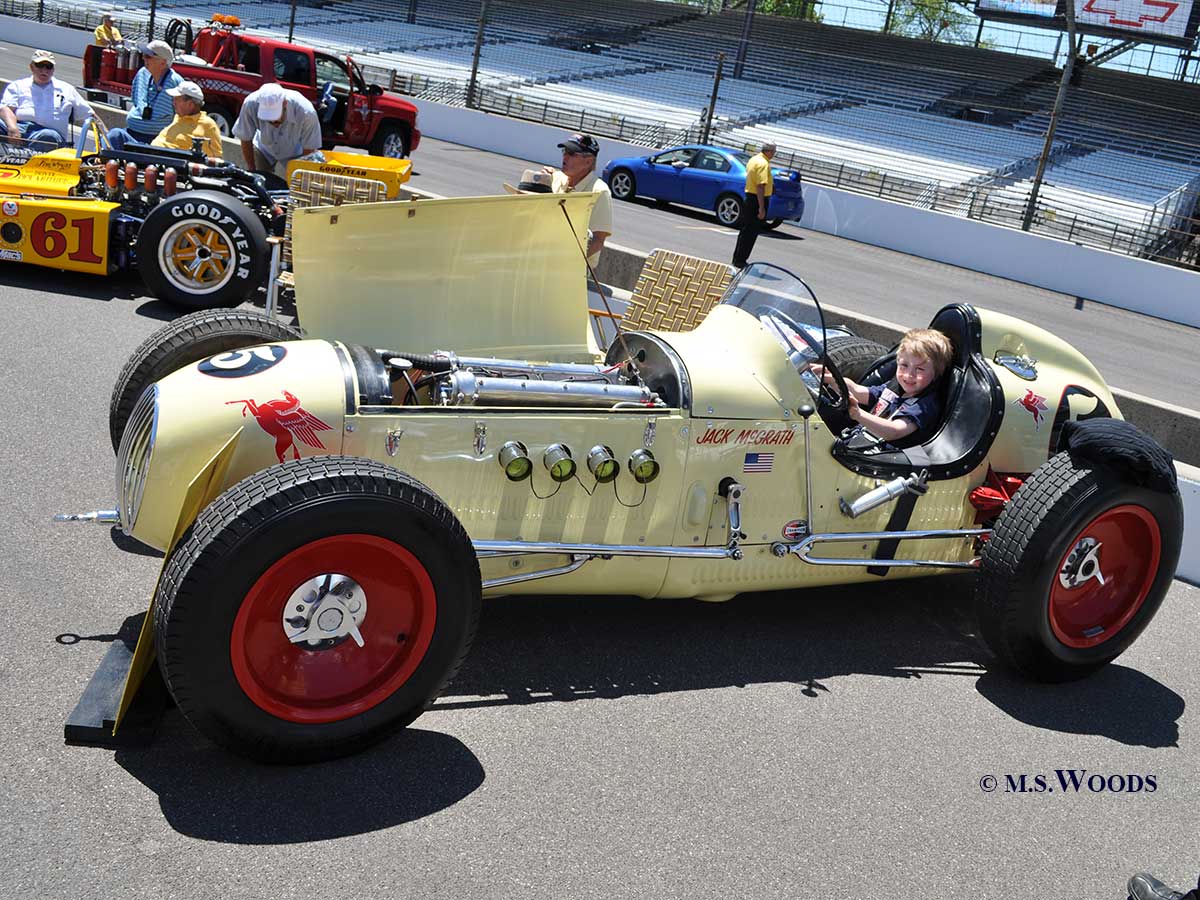 In 1927, the track was sold to a Michigan group headed up by WWI flying ace Eddie Rickenbacker. Although, several renovations to the track were completed during Rickenbacker’s tenure as owner, the complete inactivity during four years of WWII left the track deteriorated and in need of additional renovation and repair. This led to the passing of the track’s care to Terre Haute businessman Tony Hulman in a purchase from Rickenbacker’s group in 1945. Hulman’s ambitious track renovations revived the ailing venue within six months with an aggressive plan to prepare the track for the 1946 race. Later, renovations included an entire repaving of the track. The original bricks were kept in place as long as possible for nostalgic reasons. Now all but a three-foot strip at the start/finish line is covered with asphalt.

In 1949, old wooden grandstands were replaced with a large double-deck steel stand outside of turn one of the track. They were soon followed by several more. In 1973, VIP suites were built as an experiment, and were so successfully received by enthusiastic corporations that many more were added on either side of the main straight of the track.

Later, additional renovations and additions were added including the movement of business offices from a downtown Indianapolis location to the track. A combination office building and museum was constructed on the track grounds but was later replaced by a much larger building and museum built on the inside of the track. The original office and museum building was torn down in July, 1993 to make room for a new three-story office and Indianapolis Motor Speedway Hall of Fame Museum.

The track also features a PGA standard compliant 18-hole golf course. The course was originally installed in 1929 with 9 holes on the infield and 9 outside of the backstretch and was later expanded to 27 holes in 1965 when the track was hosting the PGA-sanctioned 500 open. The course was later redesigned between 1991 and 1993 by renowned course designer Pete Dye to the course that is in place today.