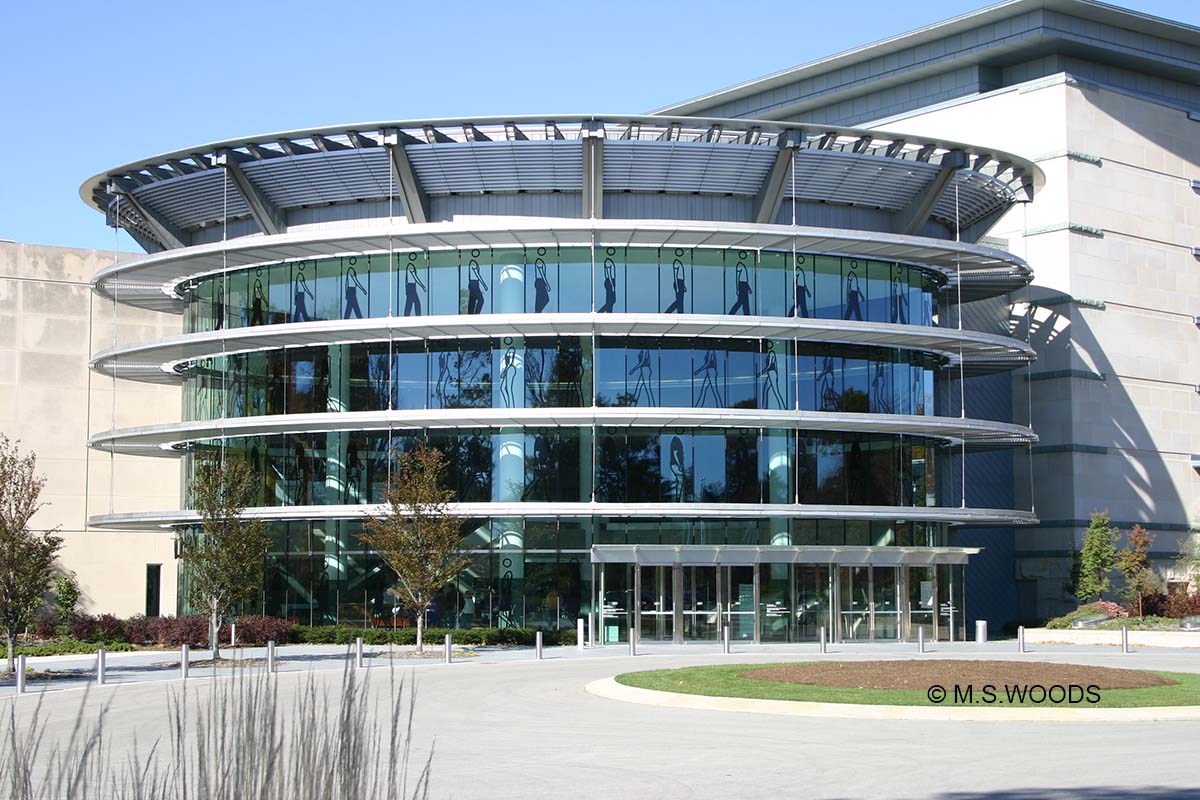 Under the direction of Wilbur D. Peat, who would remain the professional director of the museum for the next 36 years, the museum would establish itself as a prime Indianapolis attraction by 1942, with its collection of 350 paintings by 260 artists. Peat retired in 1965, and the museum saw a new director in Maxwell L. Anderson.

Along with new leadership, the Indianapolis Museum of Art gained a valuable edition from the children of Mr. and Mrs. Josiah K. Lilly Jr. The couple donated their parent’s estate, Oldfields, to the museum. This estate donation would be converted over the next three years into a new home for the art museum, with the usage of the Lilly Home as the Lilly Pavilion of Decorative Arts and the construction of new exhibition buildings on the remainder of the Oldfields estate. 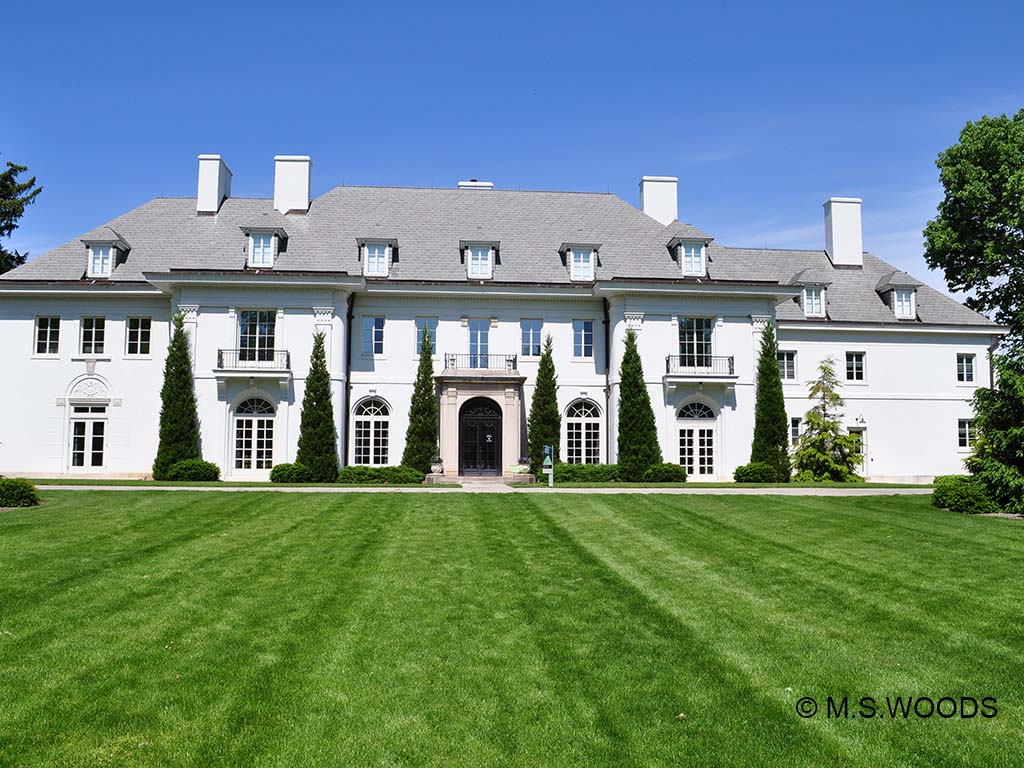 With the relocation of the museum to its new location at the Lilly estate, the museum would change its name from the John Herron Art Museum to the Indianapolis Museum of Art. The Herron School of Art would disconnect its direct affiliation with the art museum and would form a new affiliation with Indiana University – Purdue University (IUPUI), which continues to this day. The Indianapolis art community has benefited greatly by these changes. 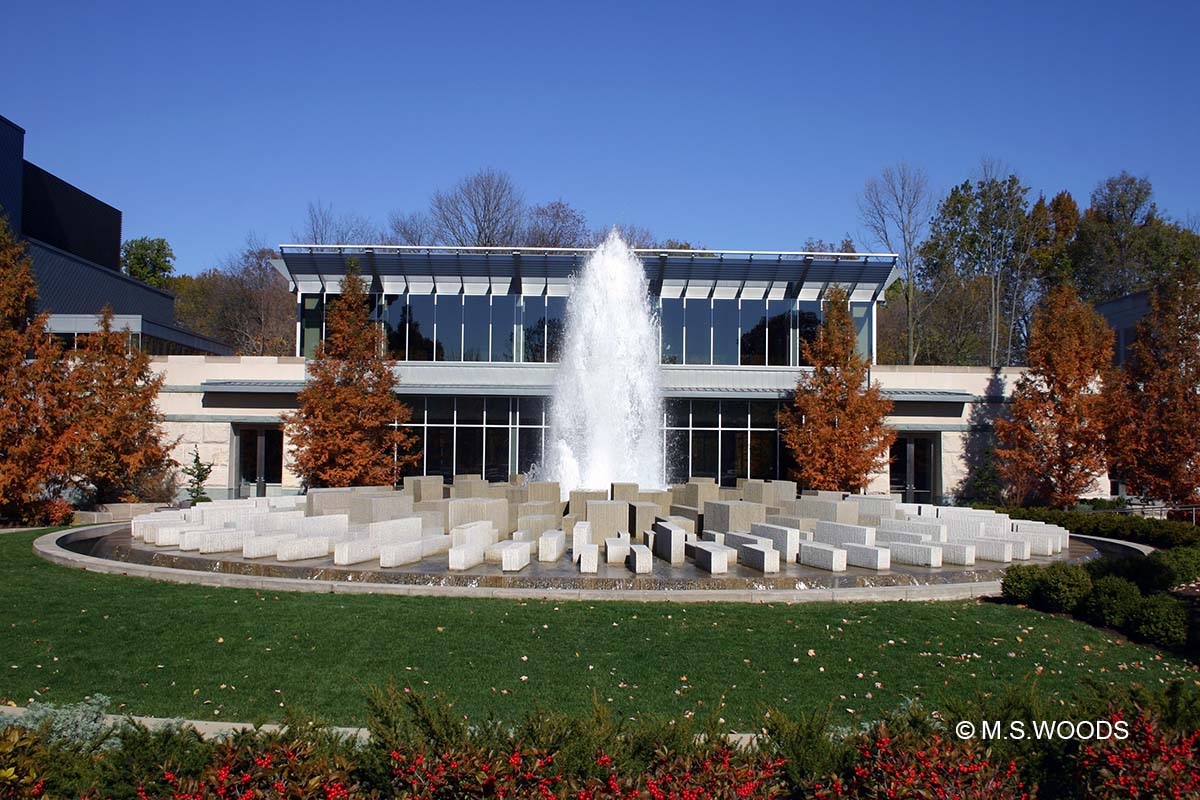 Fountain Sculpture at the Indianapolis Museum of Art

Many separate expansion projects were undertaken over the years, opening the Clowes Pavilion in 1971 and the Showalter Pavilion in 1973. Robert Yassin was charged with the continued growth and success of the already flourishing museum in 1974. In 1985, the museum used a $3.5 million gift to construct yet another new, four-story pavilion.

The various collections held by the museum include a variety of Chinese art in a many different mediums, including porcelain, ceramics, bronze, and jade. The museum also holds an impressive selection of Edo-period Japanese paintings.

The Eiteljorg Collection of African Art is an impressive holding for the museum, featuring some of the finest examples of African art. Harrison Eiteljorg donated over 1200 African works in 1989, and the African exhibit now represents all major areas of African art. 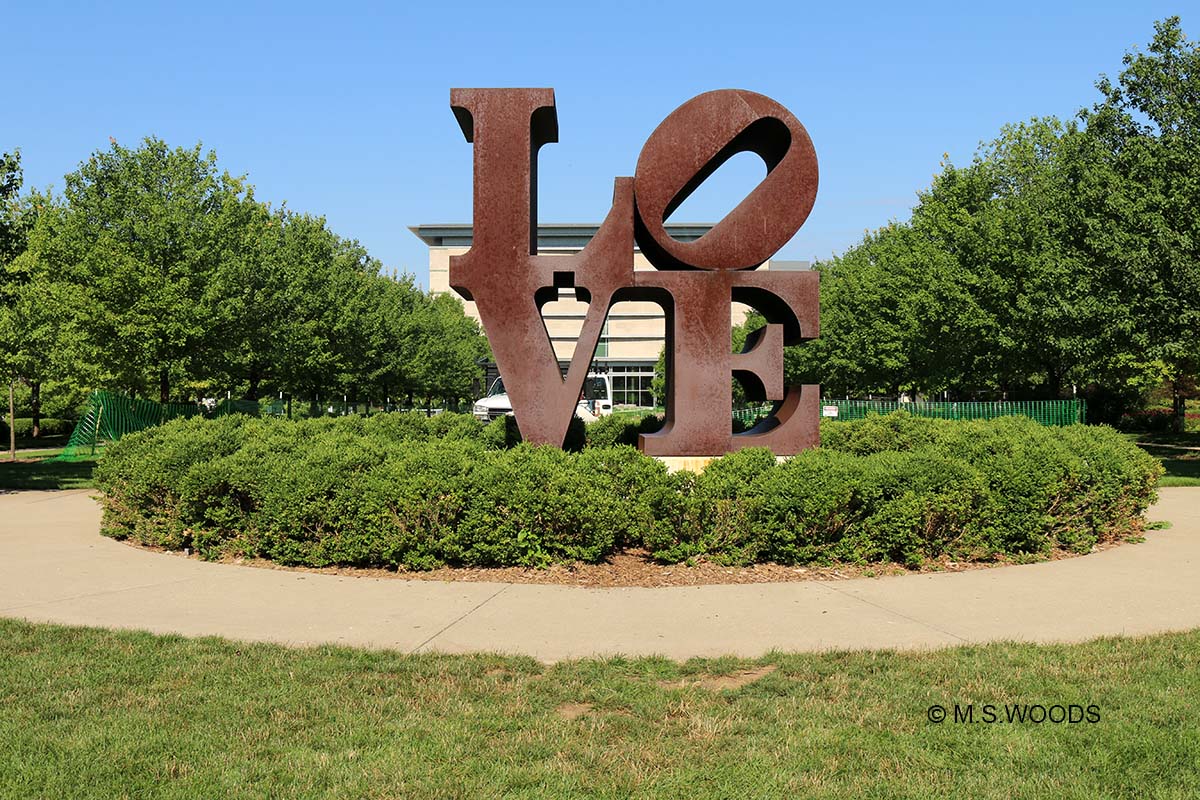 Love Sculpture at the Indianapolis Museum of Art Newfields

In addition to the many exhibits in the museum, visitors can also enjoy the Alliance Museum Shop, the Alliance Rental and Sales Gallery, and the outdoor Concert Terrace, which features outdoor summer films, live Indianapolis music, and a variety of special programs. The Indianapolis Museum of Art maintains an on-site greenhouse and sells plants, flowers, and herbs when in season. 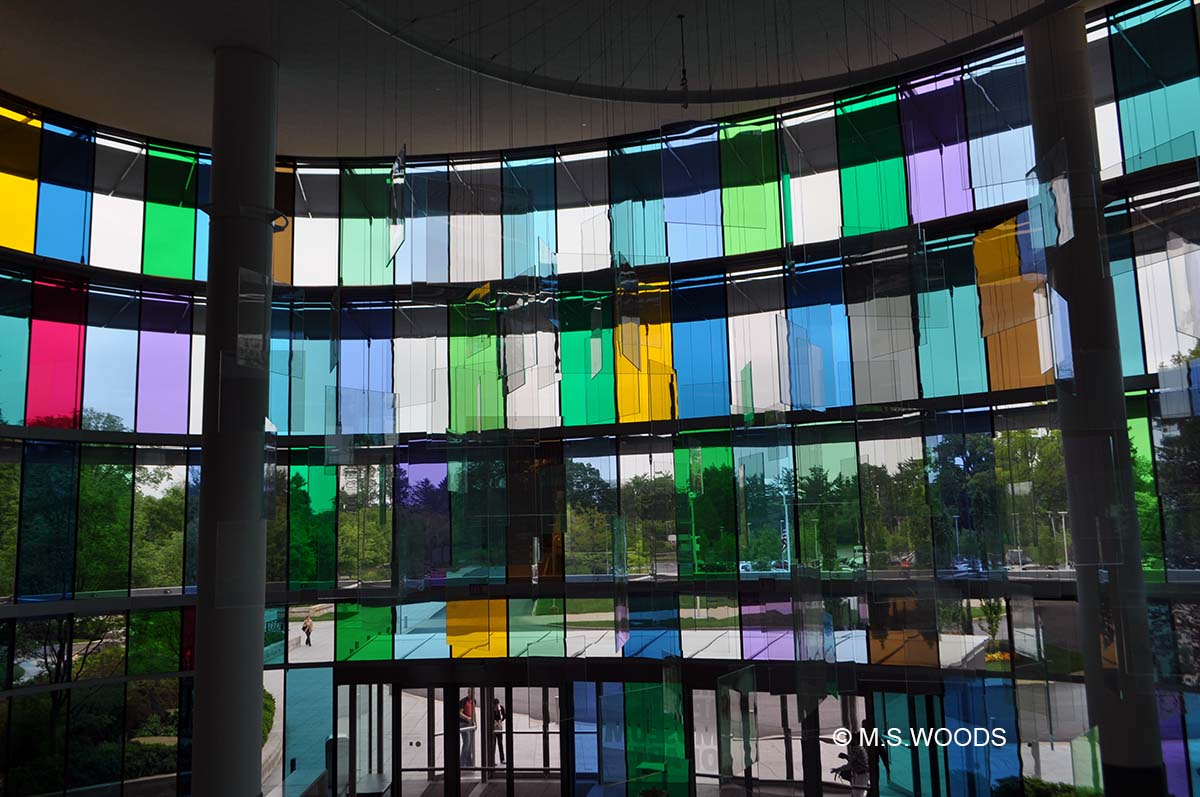 Interior of glass entry of the Indianapolis Museum of Art

The grounds of the Indianapolis Museum of Art also provide the backdrop for the annual Penrod Art Fair. The Lilly House is seated on an a beautiful 26 acre estate on the grounds of the IMA, and the 22 room Lilly Mansion has undergone historic renovation to offer visitors a glimpse at life in the 1930’s period of the home. The Art and Nature Park will include meadows, wetlands, a 35-acre lake, and untamed woodlands upon its completion in 2010. The purpose of the park is to express to the public the cohesive relationship between the natural art and beauty of nature and the man-made works of inside the museum. This will be accomplished through continued exhibitions, art projects and discussions.

The Indianapolis Museum of Art is one of the most popular and inspiring things to do in Indianapolis and will provide a variety of artistic and cultural enlightenment for all who visit its grounds.