Home
Home
You are here: Home / Penrod Arts Fair at the IMA

Known as “Indiana’s Nicest Day,” the second Saturday each September in Indianapolis kicks off the Penrod Arts Fair on the beautiful grounds of the Indianapolis Museum of Art.

One of the largest single-day art fairs in the nation, the Penrod Arts Fair has held its ground for nearly half a century as one of the best and brightest Indianapolis events. The affair attracts over 30,000 visitors each year. 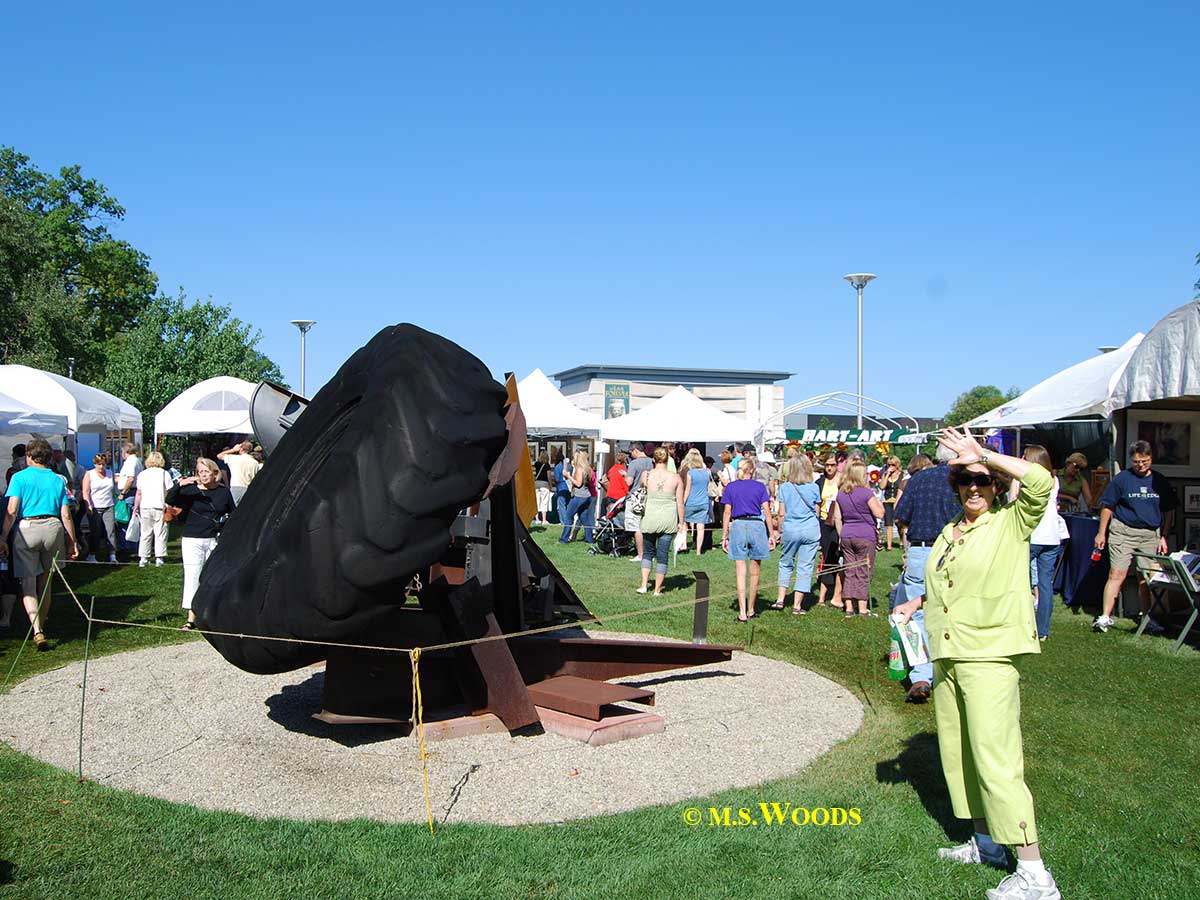 It’s a chance to browse the creations of more than 300 local, regional, and national artists, such as Jake Lee (featured above).

Indianapolis kids even have a place to play–and create–in the fair’s extensive children’s area, which includes gobs of games and crafts, such as the “Spin-a-Pot” station (above).

Hosted by the Penrod Society, the Penrod Art Fair got its start in 1967 when twelve Indy residents pooled their resources to create an event that would enliven and enrich the Indianapolis arts scene, as well as Indianapolis culture.

Proceeds from the fair help support local arts organizations. What started as a modest celebration has grown and grown. Art lovers can expect to do much walking throughout the day.

Guests can ride a shuttle from the parking lots of Butler University to the IMA and back again.

Food vendors, offering everything from kettle corn to Biscuit Beignets with honey marmalade and other regional homemade treats are there for when you work up an appetite.

If you can, though, don’t leave the grounds before at least catching a glimpse of the beautiful gardens at the Indianapolis Museum of Art, spread out over 152 acres. The Oldfields-Lilly House, situated on a 26-acre parcel of land that’s recognized as a National Historic Landmark, is surrounded by sculpted public gardens and fountains, and the Virginia B. Fairbanks Art and Nature Park, currently under development, will eventually offer 100 acres of land ripe for strolling.

Pencil in an additional day on your things to do in Indianapolis list to head inside to view some of the world’s most famous masterpieces. The IMA houses both permanent and temporary collections of Asian, African, American, and European arts that span centuries and styles. Guests can also catch lectures by visiting collectors, artists, and critics, as well as public classes on art history and research and stage performances. Films for the entire family are also shown outside on the IMA’s grounds during its popular summer film series.

Tickets for the Penrod Art Fair can be purchased in advance or the day of the fair. Parking with shuttle service is available for free, in addition to paid parking.