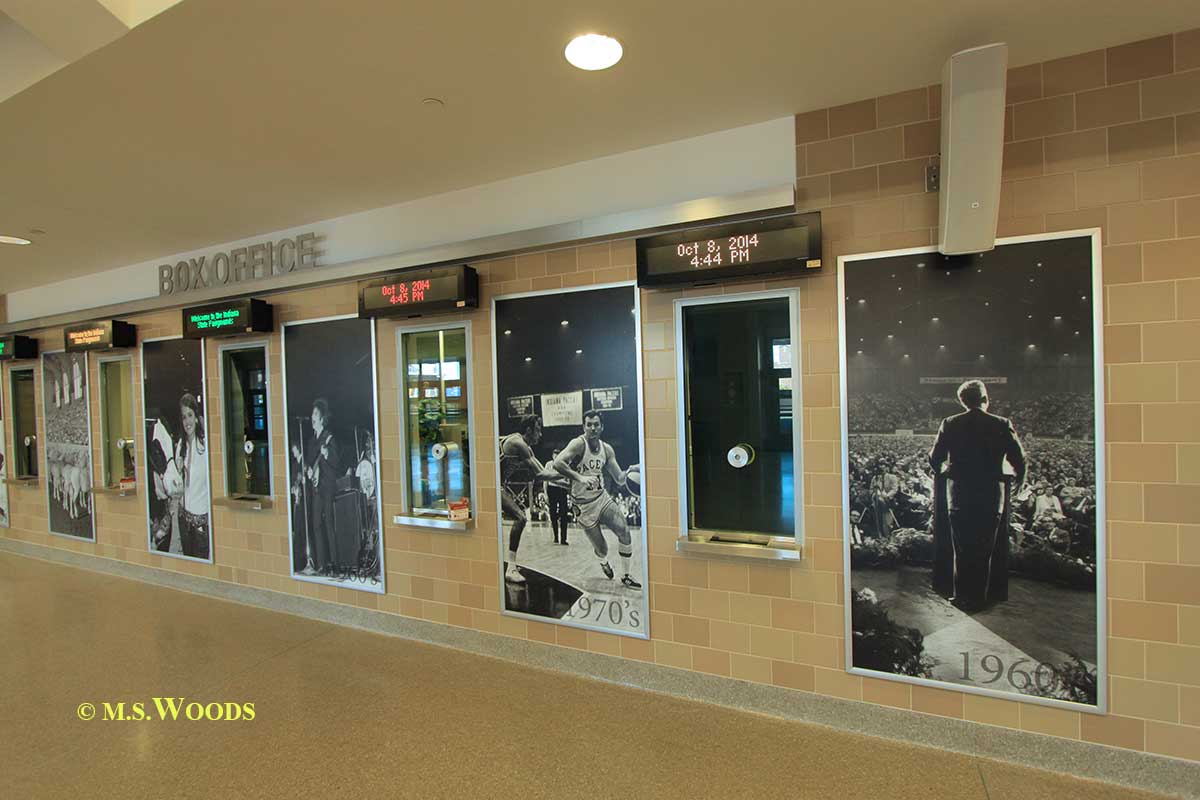 The facility, built in 1939, is home to Indiana’s oldest public ice-skating rink. The ice-skating rink is seasonally open to the public for a nominal fee. Other Indianapolis events currently housed in the Coliseum are the Indianapolis Boat, Sport & Travel Show, the All-American Horse Classic, the Shrine Circus, Budweiser Fight Night Boxing, the Hoosier Horse Fair and countless musical performances. Each year, several high school and college commencements are mounted at the Coliseum in celebration of Indianapolis education’s big June rite of passage. 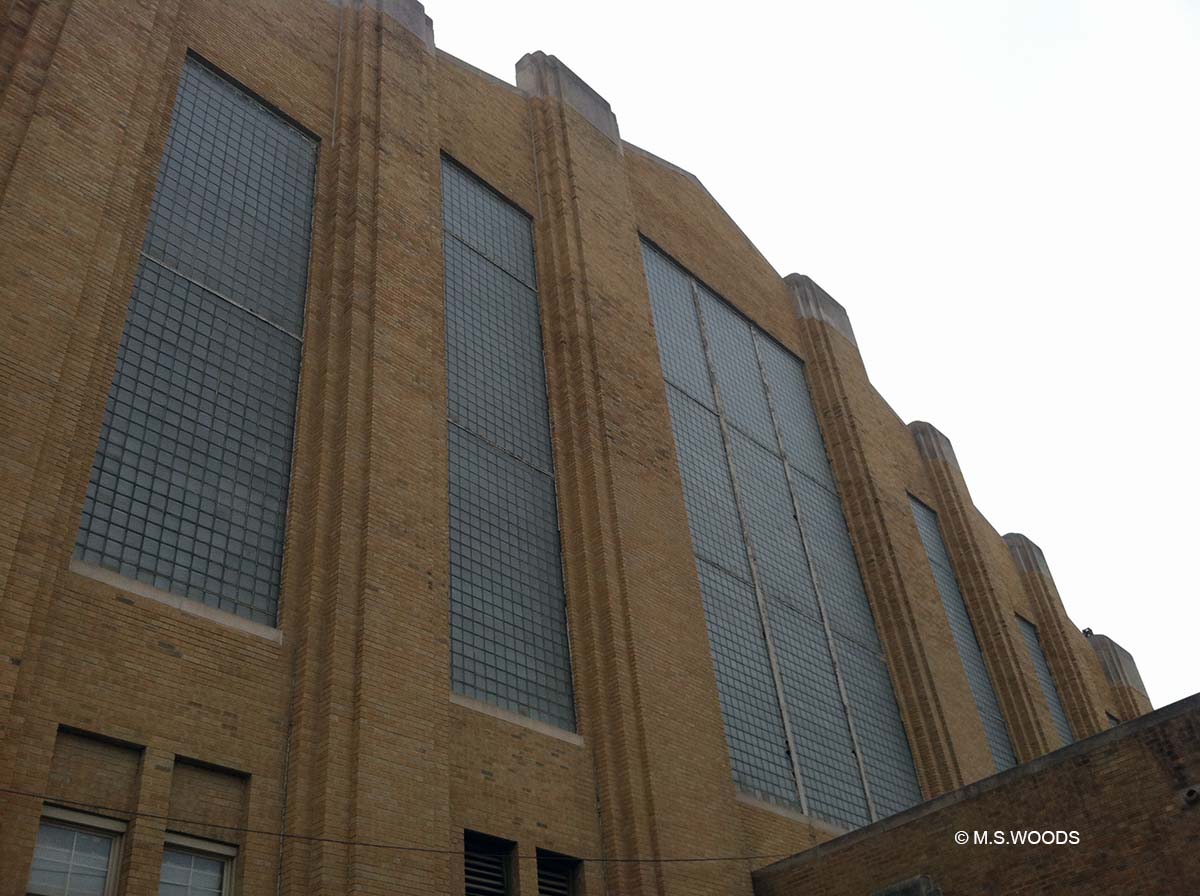 Coliseum at the Indiana State Fairgrounds

From 1967 to 1974, the Indiana Pacers were housed in the Coliseum, before the construction of Market Square Arena in downtown Indianapolis. In 2008, the Pacers commemorated their history by hosting their pre-season opening game at the Coliseum, wearing the classic uniforms. Although the Pacers lost the game, the event was a tribute to Indianapolis basketball and the surviving Pacers who played in the American Basketball Association (ABA), before the Pacers were franchised with the NBA in 1976. 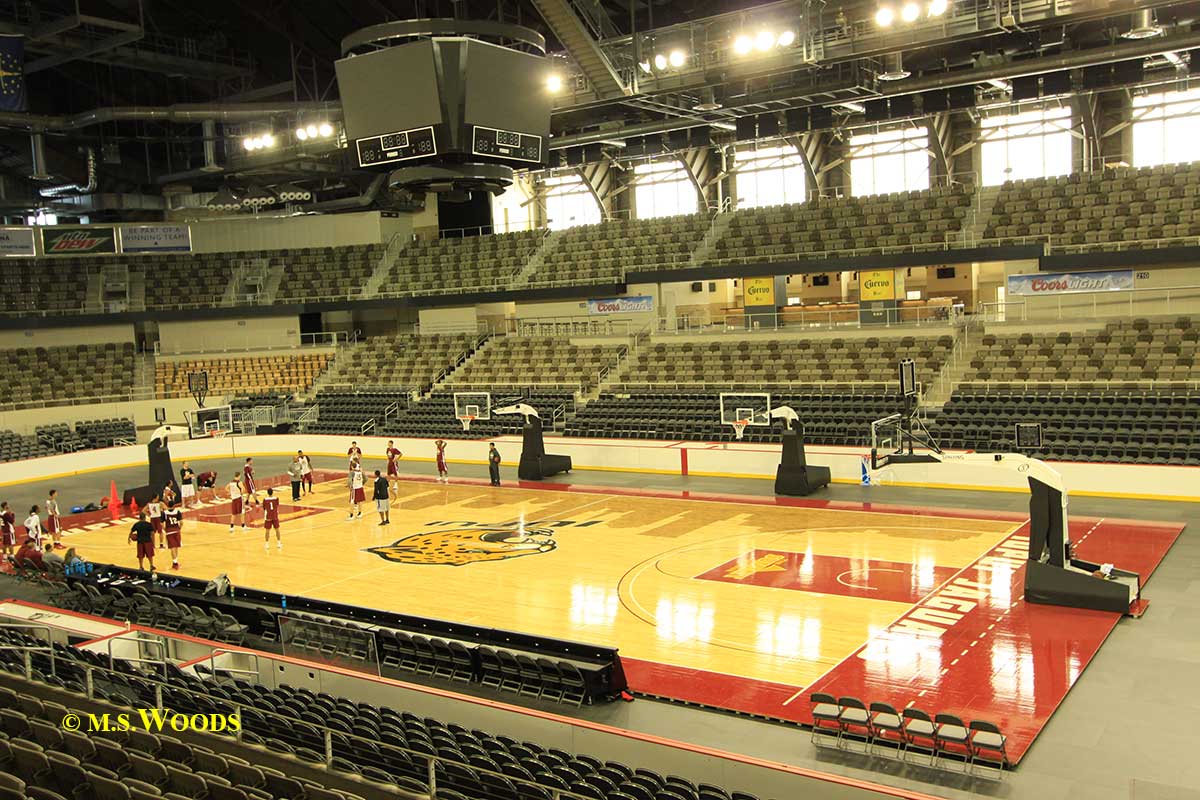 Many politicians have visited the Coliseum throughout history. In 2005, Governor Mitch Daniels was sworn into office and gave his inaugural address to a full house. In 2003, President George W. Bush was the first sitting president to give a speech at the Coliseum. Presidential candidate John F. Kennedy made a stop at the venue on his campaign trail in 1960.

A tragedy occurred at the Coliseum in 1963. During the premier of Holiday on Ice, a propane leak caused an explosion near the concession stands. More than 70 people were killed and nearly 400 were injured. The facility was quickly restored, and a monument was placed to honor the accident victims.

The retro structure of the 70-year-old Coliseum was used as a model design for the Lucas Oil Stadium, which opened in 2008. The Coliseum holds a special place in Indianapolis history, and has seen many renovations over the years. In 1988, there were small upgrades to the arena. Ten years later, there was a $1 million upgrade. In the late ’90s, the original wooden seats were replaced by recycled chairs from the RCA Dome, which was demolished about 10 years later.