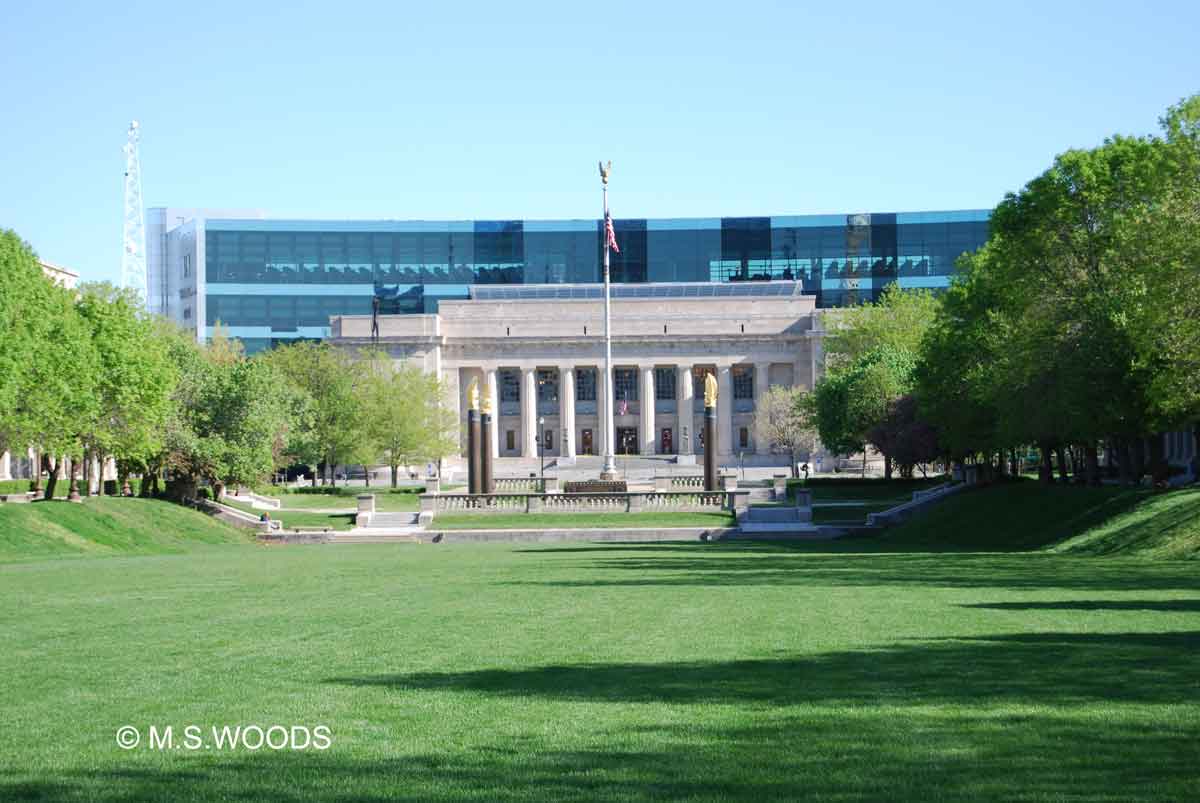 The Central Library is housed in the Cret Building on St. Clair Street in downtown Indianapolis, which was built in 1917. It is a beautiful example of Greek Doric architecture, and is one of the most stunning library buildings in the United States. It is built of sturdy Indiana limestone as a testament to the great solidarity of Indianapolis history, and the limestone is one of the reasons the building is still strong after nearly 100 years of service.

The Central Library is a great reservoir of Indianapolis culture. The Nina Mason Pulliam Indianapolis Special Collections Room is a detailed archive of works by local Indiana authors, adult and children’s fiction and non-fiction, manuscripts, Indianapolis pictures, old newspapers, and much more. The library is dedicated to preserving these materials for future generations, but they are also emphatic about today’s residents learning about our great heritage.

The Marion County Public Library, with its Central Indianapolis Public Library located at 40 East Saint Clair Street in downtown Indianapolis, provides the Indianapolis community with a wide variety of resources for learning, entertainment, and educational growth. The library has seen several locations throughout the city and in December of 2007, completed a major project of establishing a new state of the art location in the center of Indianapolis. This central location serves as a hub for the libraries many services including, advanced technologies, bookmobiles, school activities, and support to the libraries 22 branches scattered throughout the city. 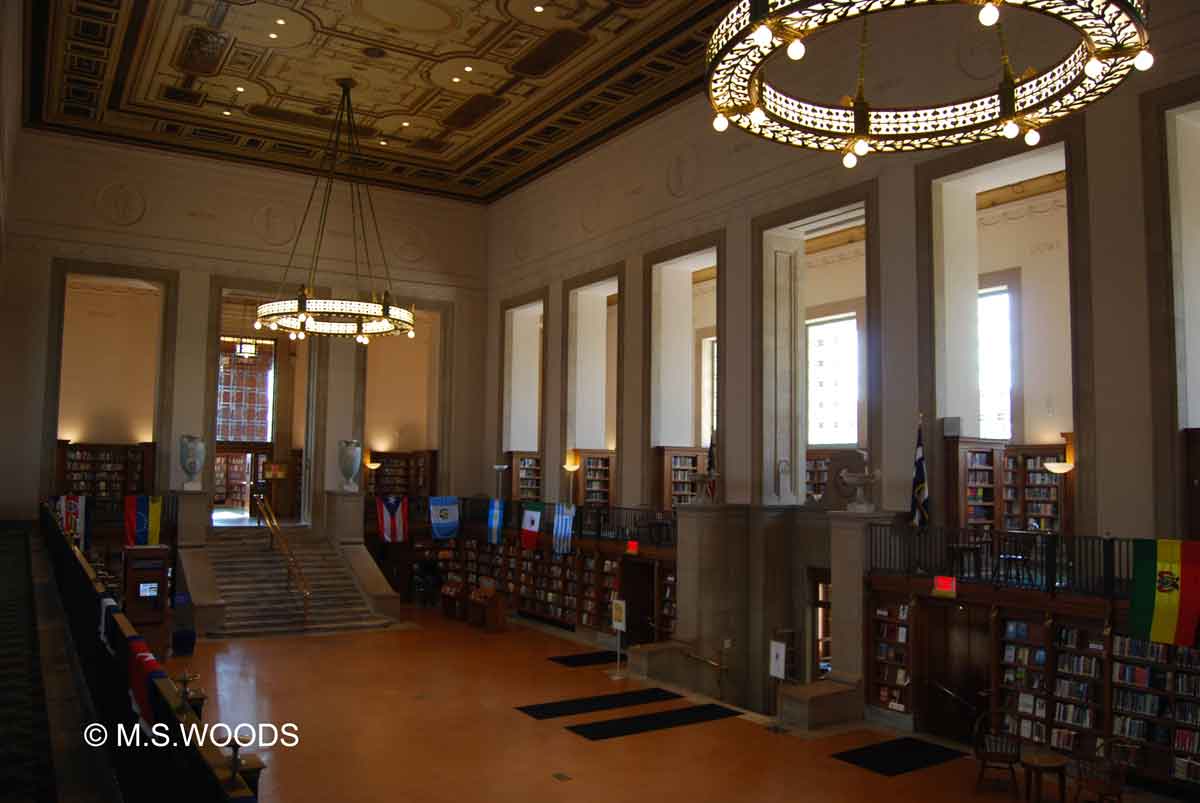 Inside the Indianapolis Central Library

The early library system in Indy consisted of several locations established throughout 1823 – 1852. These early libraries did not turn out to be very successful, as they were poorly housed and no central organizational efforts existed to maintain the overall operations and development of the libraries. Also, a lack of financial backing for the project contributed to the stifled growth of the struggling library system.

The turning point for the development of a functional library system came in 1868, when the Reverend Hanford A. Edson pleaded during a sermon to his congregation at the Second Presbyterian Church for a free public library to be utilized by the citizens of the Circle City. In answer to his plea, 113 local citizens formed the Indianapolis Library Association, funded through its members by stock based payments of $150 dollars each to be paid in annual installments of $25.

The following year, the public school superintendent Abram C. Shortridge and a group of eight citizens worked to revise an existing Indiana school law which provided for the maintenance of free public libraries to be controlled by a board of school commissioners.  The proposal for the new law regarding public libraries in the state was approved by the Indiana General Assembly through the passing of the School Law of 1871, giving local school board the power to enable additional taxes to provide for the development and maintenance of local free public libraries.

July of 1872 brought the hiring of Cincinnati librarian William F. Poole, who in turn created the initial list of 8,000 titles as the beginning central collection for the newly established Marion County Public Library. This library, which was then located in one room of the high school building located at the northeast corner of Pennsylvania and Michigan streets, opened on April 9, 1873. It consisted of 12,790 volumes which were to be used by the 500 registered borrowers. 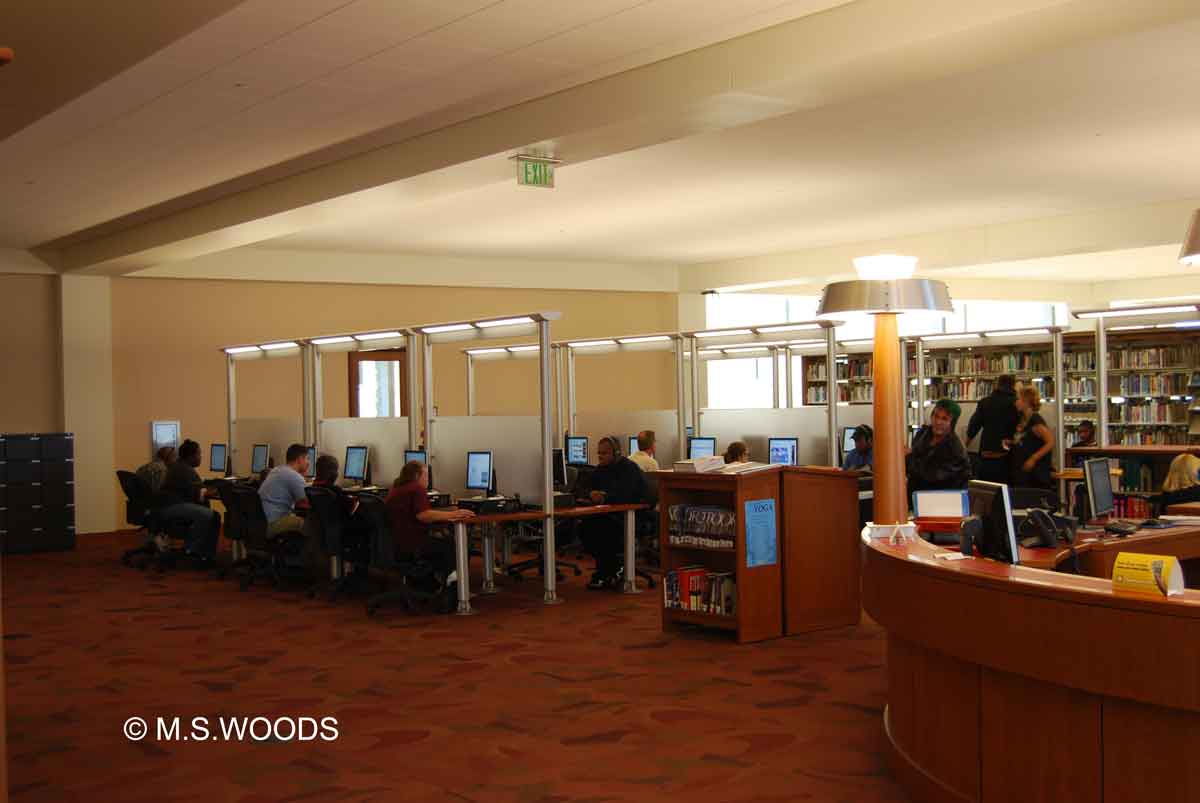 Later locations of the library would be enjoyed by the community at the Sentinel Building on the Circle, as well as the Alvord House at Pennsylvania and Ohio Streets. In 1893 the first building would be constructed for the sole intention of housing the library. Upon its completion, the library and its collection moved to this new building at the southwest corner of Ohio and Meridian streets.  This would serve as a central location for the library until the first branch location opened in 1896. Between 1910 and 1914, the community would see five more branch locations constructed based on a generous $100,000 grant from Andrew Carnegie. The Spades Park and Washington Street branches that were made possible from this grant are still in use today.

The final location before the latest expansive library central location downtown that the community enjoys today was located on land donated by James Whitcomb Riley at St. Clair between Pennsylvania and Meridian Streets. This was an impressive building designed by Philadelphia architect Paul Crete, and was designed in a Greek Doric style fashion and constructed of Indiana limestone. It also featured a Vermont marble base, impressive staircases, to 30-foot diameter bronze light fixtures, and an elaborate ornamental ceiling designed by C.C. Zantzinger.

Over the years, the library would continue to grow by adding new technologies and service including, films and phonorecords, newspaper microfilm, and a bookmobile service. The addition of several new branches enhanced the services and outreach to the community, and in 1968 the library expanded service to include all of Marion county residents. (Excluding the Beech Grove and Speedway areas) In order to make this county-wide service a reality, the Marion County Public Library Board was developed and took over the responsibility towards running the library system from the Indianapolis School Board commissioners who had been responsible for the organizational aspect of the library since 1871.

Today the library proudly serves the Indianapolis – Marion County Community through its 23 branches and variety of services and programs catering to visitors of all ages. The library system’s current collection consists of 2.1 million items in a wide variety of formats including, books, books on tape, magazines, large print materials, audiocassettes, videocassettes, compact discs and DVD’s, and foreign language materials. The library boasts over 478,000 borrowers, with over 5,300,000 visitors in 2007, and nearly 14,200,000 items in circulation.

The history of the Marion County Public Library is as diverse and impressive as the history of Indianapolis itself and the pioneer descendants who built them both. For generations, the neighborhood libraries in Indy have been a source of inspiration, fun activities and education in Indianapolis.