During the Civil War, the property was set aside for practicing war maneuvers. In 1876, University Park became a true park of the people and one of the public's favorite parks in Indianapolis. Today, walkways are lined with trees, flowerbeds and statuary. A famous fountain, the Depew Fountain, can be found in the center of University Park, depicting children playing in the water among frogs and fish, and a toga-wrapped woman on the top tier, watching over them. A graceful, happy piece of art, the fountain was gifted to the city in 1919 by the widow of a prominent Indianapolis resident named Dr. Depew.


Among other imposing pieces of statuary, there is a large representation of Indiana's most famous son, U.S. President Benjamin Harrison. This piece, completed in 1908, was partially designed by the same architect who created the Lincoln Memorial, Henry Bacon. There is, in fact, another monument to Abraham Lincoln inside the University Park, highly reminiscent of the one in Washington, D.C.

One of the most graceful statues on the grounds is the 24-foot, seven ton piece called "Pro Patria, the Statue of Peace." It is a figure of a man holding a flag, reaching up to the heavens with his other hand. This is the largest bronze-cast sculpture ever made in the United States. 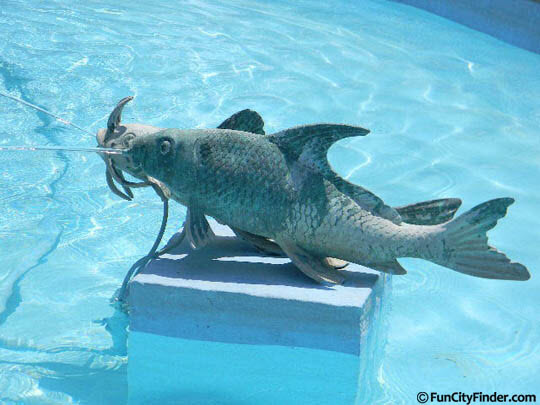 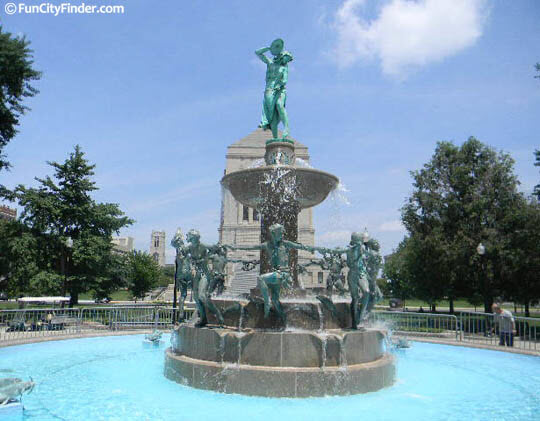 The DePew Fountain at University Park

Statue of Pan in University Park